WOMAN IN THE VIDEO IS NNAMDI KANU’S WIFE 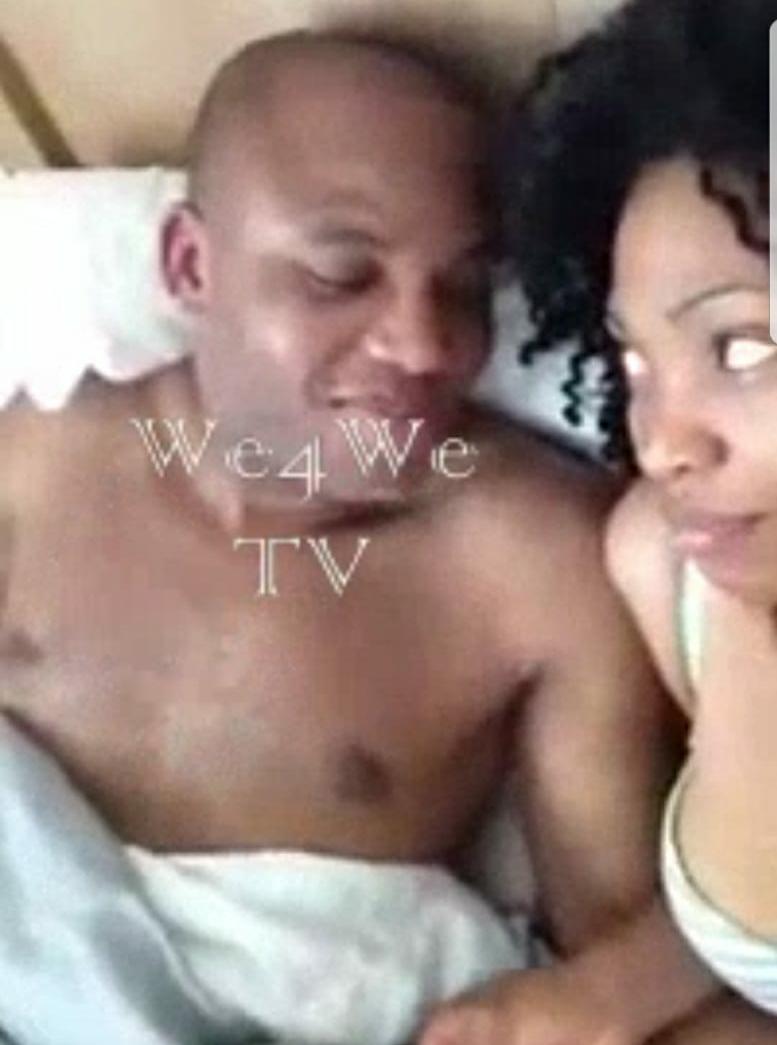 A viral video of Purported half naked Nnamdi Kanu, Supreme Leader of the indigenous People of Biafra (IPOB) and a woman that’s not fully clothed has surfaced online and is stirring up lots of reaction from the general public and IPOB members themselves. In the video, they can be clearly heard talking about sex and intimacy and some suggest they had either just had sex or are about to and they both were aware they were recording themselves.

Some earlier reports had it that Nnamdi was caught on tape having sex with a married woman and some even reported that the lady in question is a prostitute. Our investigation has proved that neither of those premises is right.

It is believed that detractors of the Biafra Independence movement and people who just don’t like Nnamdi Kanu very much are behind this leak in order to mess up his name and derail his freedom Fighting agenda.

Our We4WeREPORTS.com correspondents in Europe, Africa and the Americas have been able to confirm that the lady in the video is indeed Nnamdi Kanu’s wife, Uchechi Okwu Kanu and no strange woman as many reports had earlier suggested.

Comrade Chukwuma Ike Biafra, an IPOB Leader in Washington DC, USA said, “it is indeed his wife in the video and it was done a while ago. Every man has the right to privacy and that must be respected for everyone. Nnamdi is human and if anyone has no sin, let him or her cast the first stone. He has the right to do whatever consensual with his wife.”

Nnanna LionsGate Biafra, a platoon commander with Biafra Special Military Squad, BSMS said, “We all should be condemning whoever hacked and leaked the video and not our supreme leader, a  man that God has sent to restore Biafra. Our BSMS is currently investigating the leak and I am very sorry for the person responsible. The person can come out now and apologize and our supreme leader would forgive him the same way he had forgiven countless others in the past. Our mission is to restore Biafra and the zoo Army and its cohorts cannot stop us”

2 thoughts on “WOMAN IN VIRAL NNAMDI KANU BEDROOM VIDEO IS NNAMDI KANU’S WIFE, NOT A PROSTITUTE”