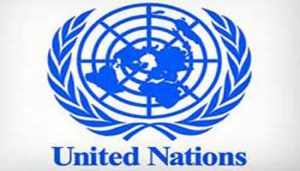 The United Nations General Assembly on Wednesday in New York elected four new nonpermanent members into the Security Council for a two-year term beginning on January 1, 2021.

India and Mexico clinched the Asia-Pacific, and Latin America and the Caribbean seats in the powerful council.

Ireland and Norway each won a seat to represent the “Western European and others” group, beating Canada, the third contestant.

The News Agency of Nigeria reports that the election into the vacant African seat on the council was inconclusive.

This was because neither of the two contestants, Kenya and Djibouti, secured the required two-third majority votes of 128 to clinch the coveted seat.

While Kenya secured 113 out of the total 192 valid votes cast, Djibouti polled 78 votes.

President of the General Assembly, Amb. Tijani Muhammad-Bande, who announced the results, said another round of election would be held for both countries on Thursday.

NAN reports that the security council is the most powerful organ of the UN as it is the only body that passes legally binding resolutions.

Its powers include imposition of sanctions and authorisation of peacekeeping operations, besides giving members a strong voice on international peace and security issues.

Also elected on Wednesday is Turkish ambassador to the UN, Volkan Bozkir, as President of the 75th session of the General Assembly beginning in September.

Bozkir, who was the sole candidate for the position, secured 178 out of 189 valid votes case. There were 11 abstentions.

His name was initially sent for unanimous approval, but several countries requested a vote.

Wednesday also saw the election of 18 new members of the Economic and Social Council, which addresses economic, environmental and human rights issues.

NAN reports that the exercise, held under strict social distancing rules, was the first major election at the UN headquarters since its shutdown in March, to prevent the spread of the coronavirus.

The election normally holds during plenary in the General Assembly hall chamber, but on Wednesday members were given time slots to cast their secret ballots.