Ụmụọma Nekede in Owerri west L.G.A, Imo State People Demand for their rights to elect their own leaders 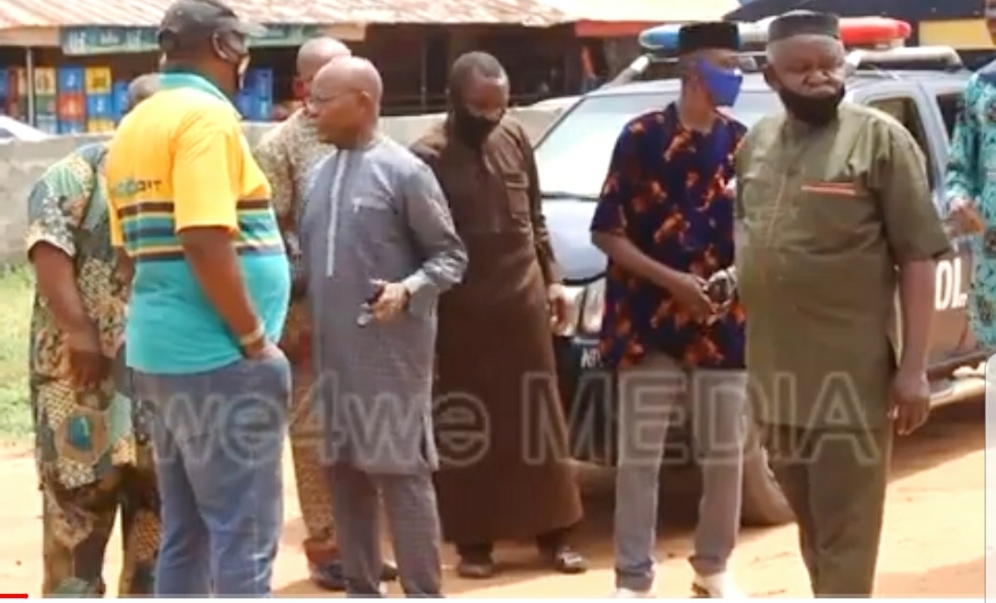 Some Ụmụọma Leaders at the Police Station, answering to the police invitation. 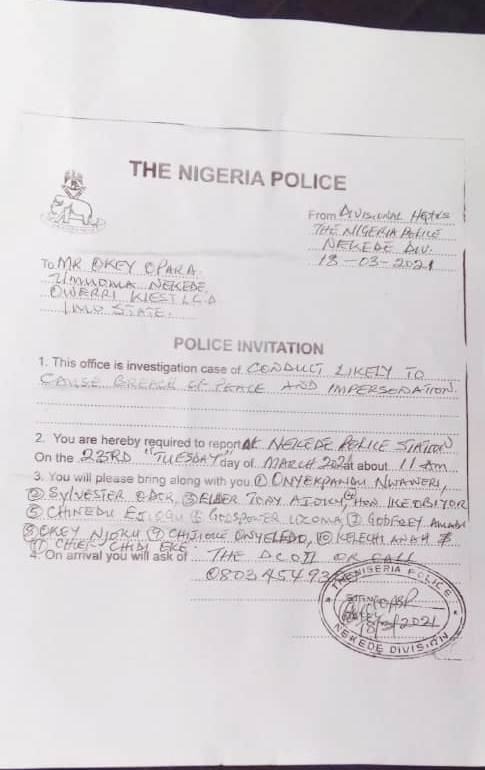 Most leaders and concerned Citizens of Ụmụọma Nekede in Owerri West L.G.A, Imo State and beyond, showed up at the Nekede Divisional Police Station on Tuesday, March 23rd 2021 to observe proceedings atva police invitation stemming from an alleged petition by the Eze, HRH Eze Morrison Eke and/or people close to him. The said petition alleges that a few of the people invited were carrying on activities that could constitute a breach of peace.

We4We Media Reporters gathered that the community had scheduled elections for the Ụmụọma People’s Assembly and carried out such elections on the 13th of March (as scheduled) and that a new President General emerged alongside other elected officials.

A bit of historical perspective – Sometime last year, The Eze (Morrison Eke) was taken to court by the Development group, “Mezie Ụmụọma” And a few other concerned citizens over unilateral appointments of officers that otherwise should have been elected by the people and other grievances stemming from his alleged lack of sound approach to governance and his authoritarian tendencies in Ụmụọma. They say the Eze stonewalled and prevented elections to the Ụmụọma People’s Assembly from being held but instead resorted to unilateral appointments of leaders to otherwise elective offices. A Union of Nekede Citizens, Nekede Federated Union (N.F.U), stepped in as arbiters and the court agreed to let them schedule and hold elections to help break the impasse with the concerned citizens and Development Movement, “Mezie Ụmụọma” and the Eze. The elections were scheduled to be held by Saturday, the 13th of March, 2021. Just before the elections, the N.F.U removed the chairman of the electoral committee, Prof. Mezieobi, some say, based on a petition launched by one of the candidates in the scheduled elections. It was later gathered from the Traditional Prime Minister of Ụmụọma Community, Nze Obinna Aharanwa, that the removal of Prof Mezieobi had more to do with a statement he was alleged to have made about one of the petitioning contestants, that in their view, would have made him an unfair umpire in the elections.

A few days to the elections also, the appointed Chairman of Owerri West Local Government Area, Okechukwu Enyiọha, announced that he had appointed Uchenna Nwaneri as P.G of Ụmụọma Nekede. It’s noteworthy that Uchenna Nwaneri was already serving as a P.G appointed by the Eze and it was his and other people’s appointments by the Eze and a few other issues that are often pointed to as the bases for most of the agitation in the community.

Also a few days to the scheduled elections, The N.F.U suddenly announced that it was suspending the elections without giving much understandable reasons, prompting further allegations of bias and mistrust on the part of the N.F.U. The air of mistrust and perceived bias in their discharge of their Civic duties currently threaten to render the Virgin Union (N.F.U) irrelevant as it was adjudged to have tried too desperately to tow middle lines even when clearly favoring the Eze’s group and those wanting appointments instead of elections. Most of the community and other pro democracy crusaders are still finding it difficult to grasp the wisdom behind some of N.F.U’s last minute decisions on elections that they were entrusted to conduct in a fair, transparent and equitable fashion. 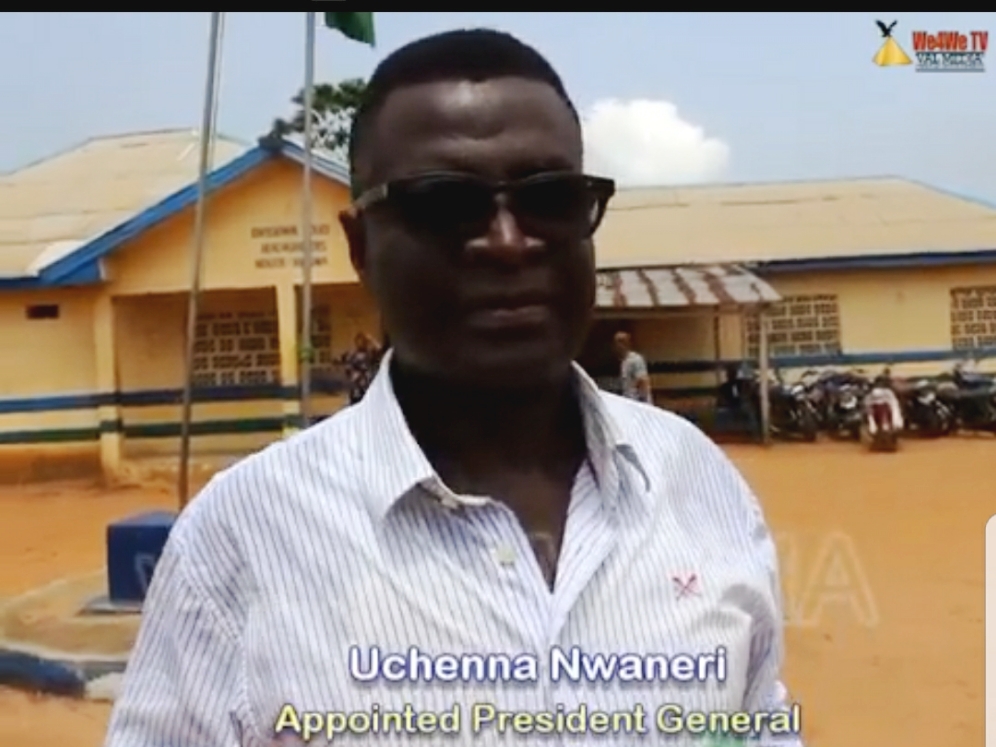 We4We Media Reporters, in keeping up with sound journalistic ethics and maintaining our culture of being fair and balanced, had a quick chat with the newly appointed P.G, Uchenna Nwaneri, a well known community service person, at the police station earlier in the day and he made it clear that he’s on the path of peace and remains pro-democratic and prefers elections as a process of determining who governs the affairs of the people. Our interview with him was cut short as the police wouldn’t let us continue within their premises. Hon Nwaneri promised to finish up the interview later on outside of the police premises but calls and texts from our reporters to him weren’t returned through the rest of the day. Many people in the community applaud his all around hardwork and attest to his good character but wish he had been elected rather than appointed. 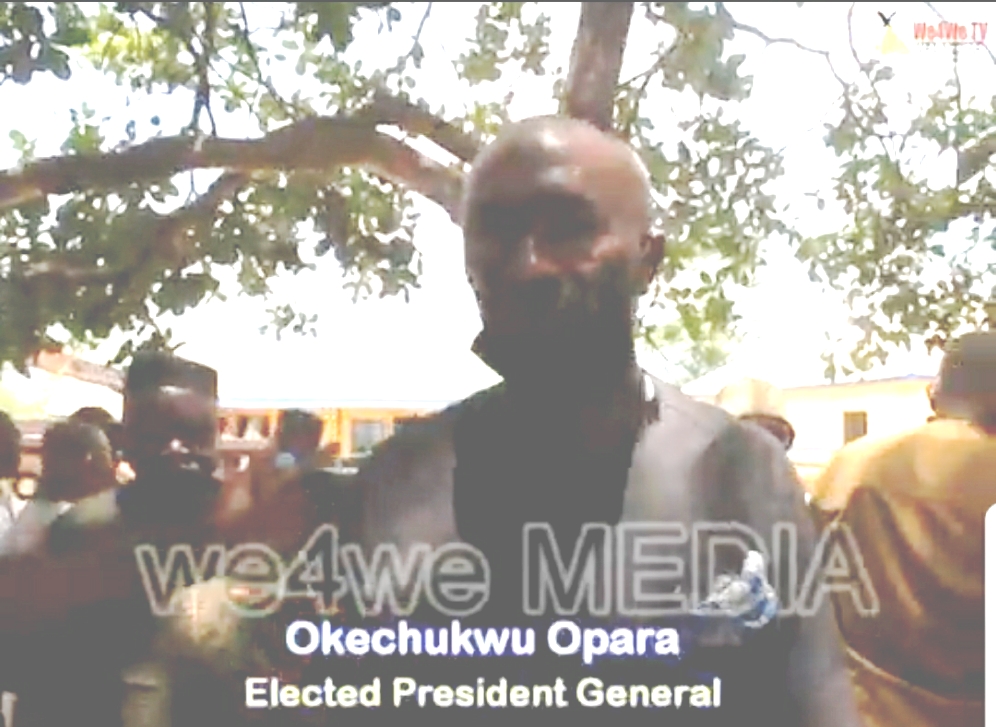 The newly elected P.G, Okechukwu Opara, while speaking to We4We Media and a group of Ụmụọma people at the Nekede Police Station, promised to deliver the dividents of good governance to the people. He said he would embark on transforming the community’s Health Center into a full functional hospital and would deliver extended health Care benefits to the elderly in the community. 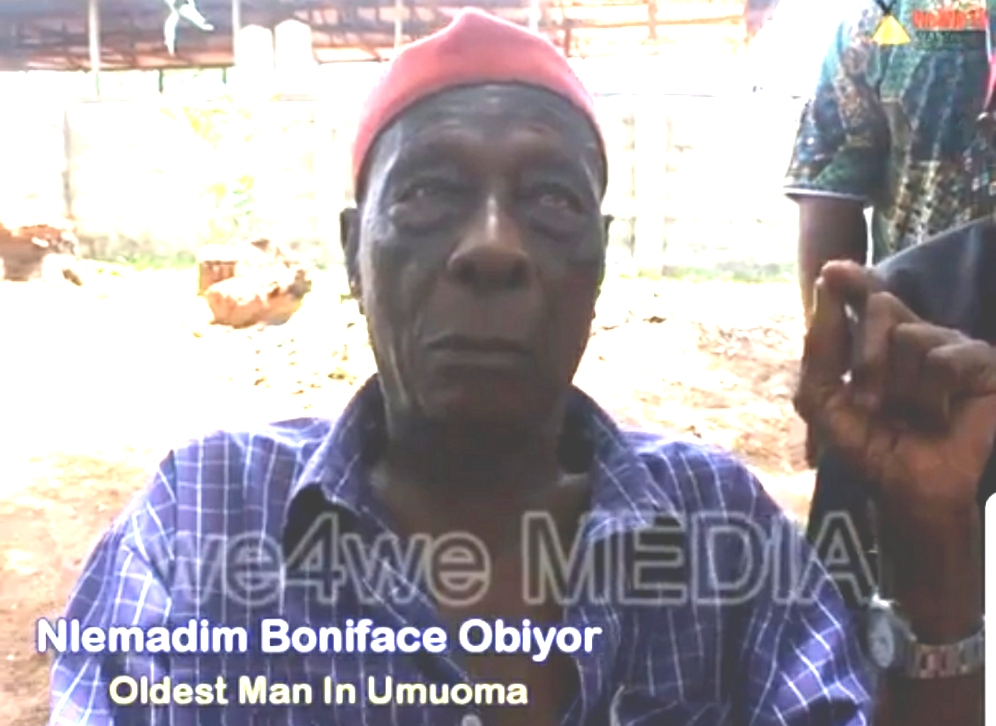 The eldest man in the Community, Nlemadim Boniface Obiyor reemphasized that “there is still power in our Ọfọr (Totem/symbol of justice and peace) and it would always take out any eering individual when we cry out against the perpetrators of evil..”. Nze U.K Amadi, Chairman of the Ụmụọma elders council, also called “for peace in the community and the need for elections and not appointments of officials…” Godfrey Amadi, the newly elected Treasurer, spoke also on the need for peace to reign and the need to hold new Local Government elections, as recently called by President Buhari so each local government can have a duly elected Chairperson. Nze Bro Ben Nwosu also called for more transparency and the use of elections and not appointments in choosing the leaders of the community. Nze Obinna Aharanwa, the Traditional Prime Minister of the community, pleaded that he wouldn’t want “the current situations to be misinterpreted to mean that some people are quarrelling with the Eze (Morrison)” and that he believes that the “Eze doesnt feel like he’s quarrelling with anybody.” The traditional Prime Minister, Nze Obinna Aharanwa, a retired Permanent Secretary, also promised to arrange a media chat with our correspondents and the Eze to get more from his perspective and to answer some of the questions that he (Nze Aharanwa) had no immediate answers to. 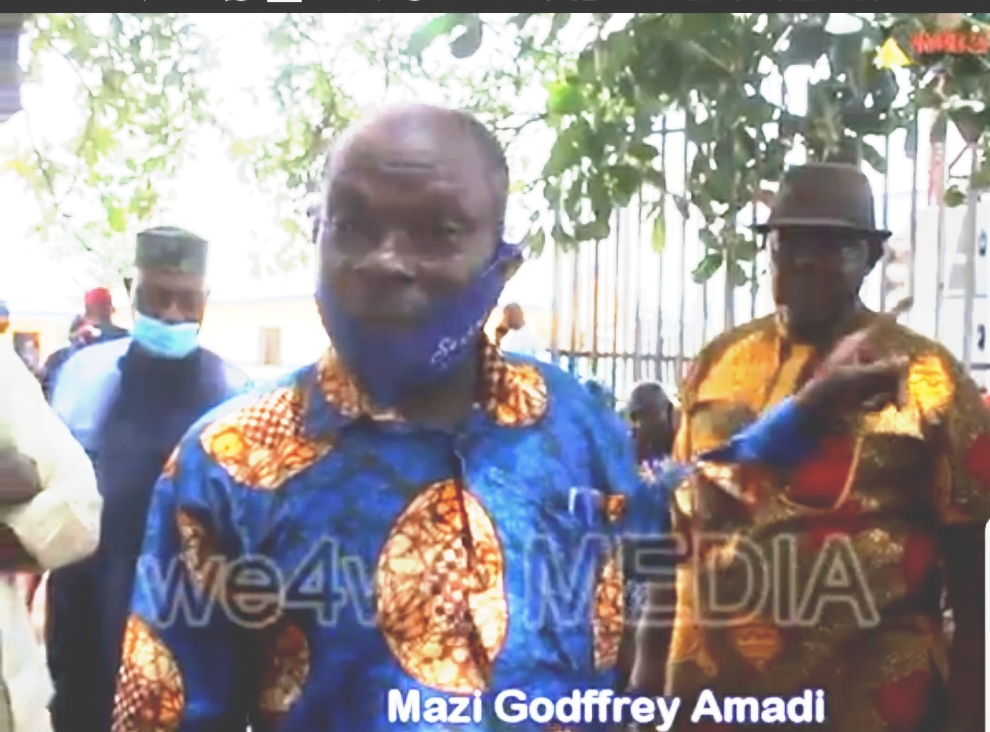 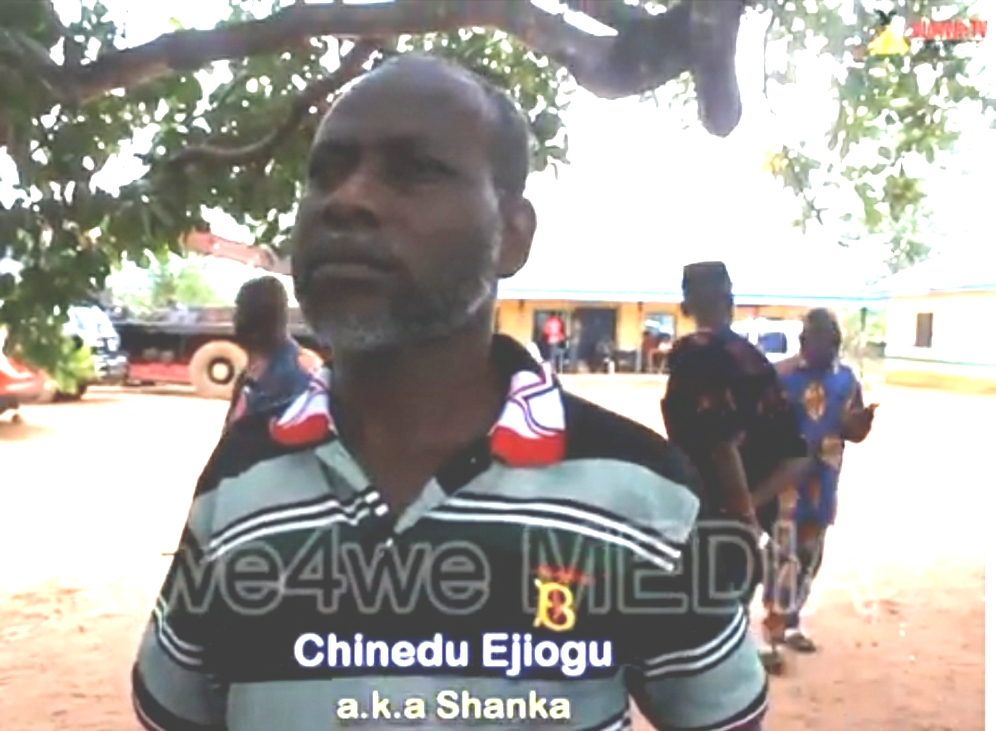 Chinedu Ejiogu, a.k.a Shanka, a youth leader and the D.G of the P.G’s campaign team elucidated how difficult but important it was for him to work hard to help elect credible leaders for the community even as his dear Mother recently transitioned and is yet to be interred. Shanka also thanked Elder Anthony TACCO Ajoku for his positive visions and leadership on “Mezie Ụmụọma” And Ụmụọma affairs in general. 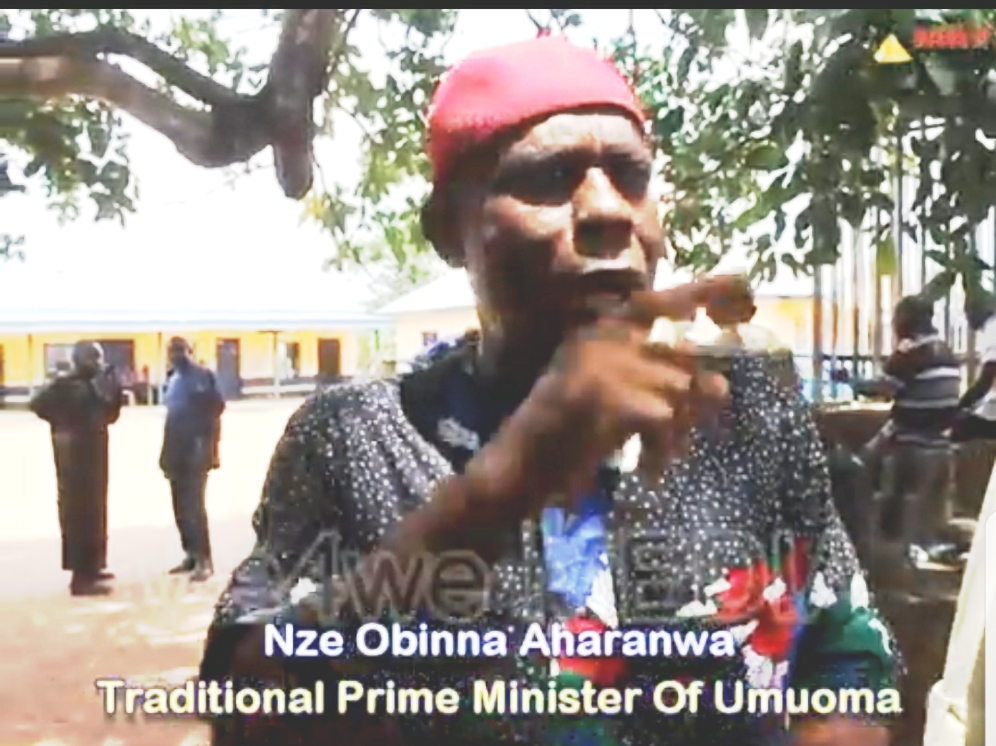 Nze Obinna Aharanwa And other community leaders present thanked Val “Frakas Mo’Fire” Amadi, an indigene of Nekede and a Media Personality for helping use the media in shining light on the community and beaming its affairs to the diaspora community and the world at large. 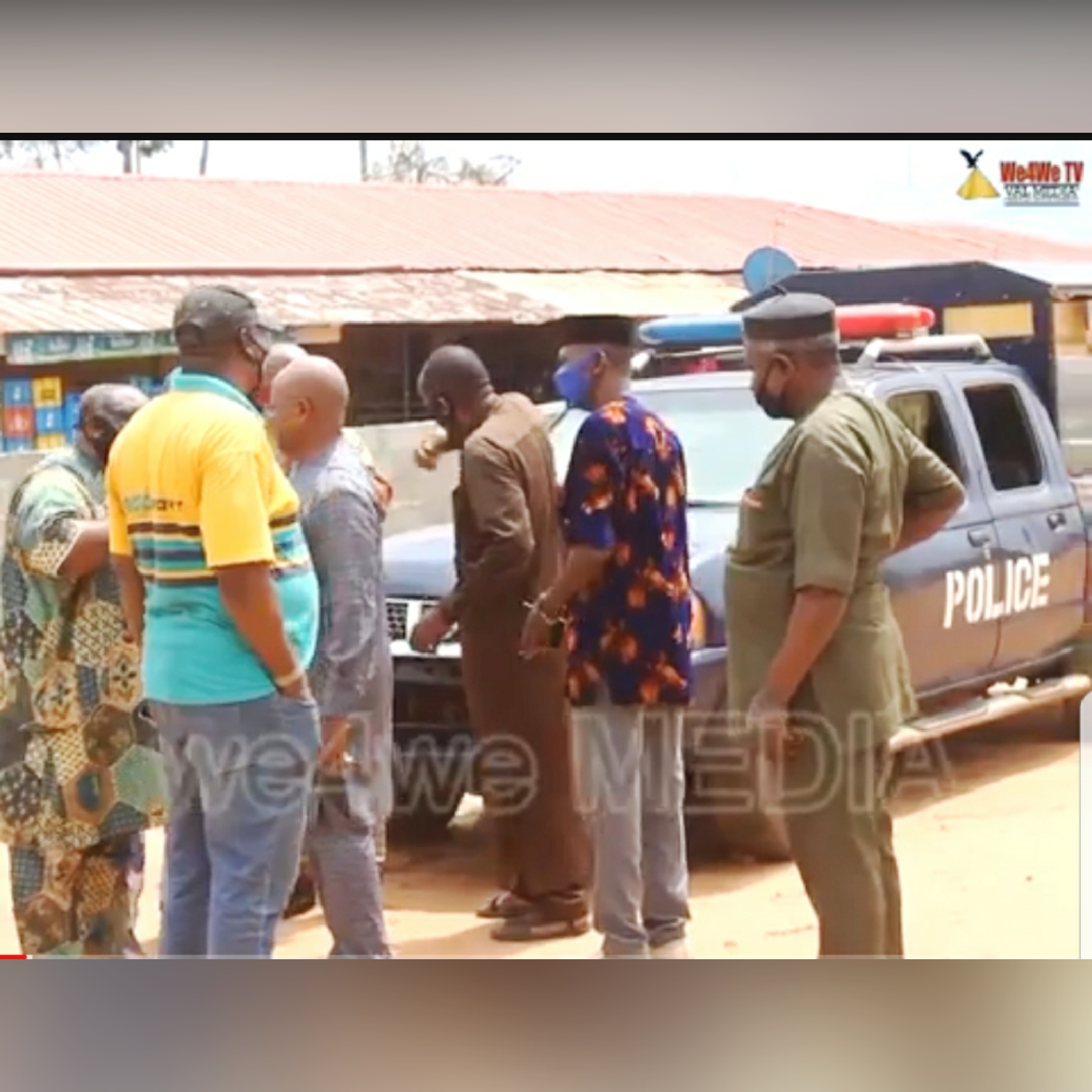 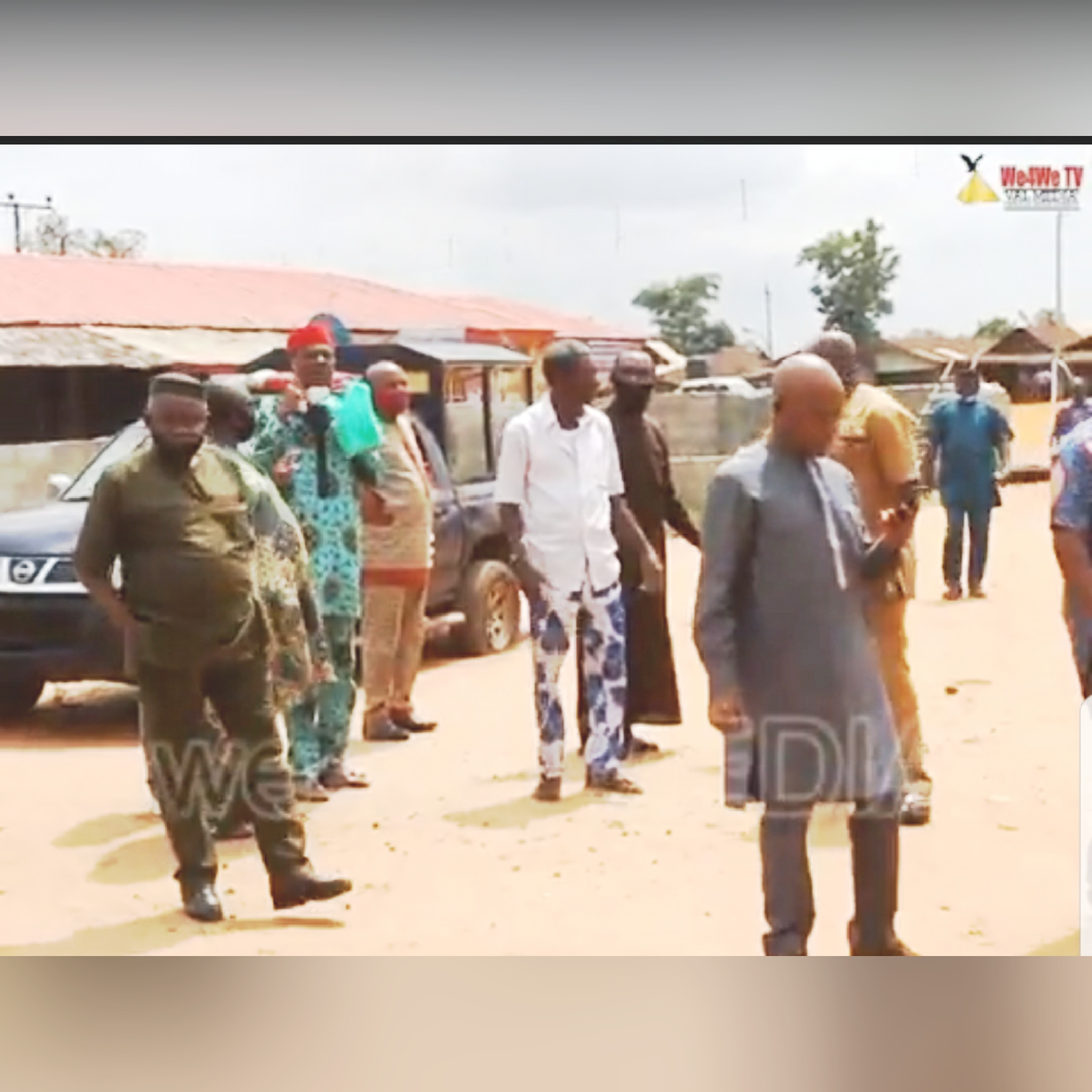