Two suspected cult members were killed as viral members of the secret cults attacked themselves at Imalete Alafia and Igbojiya communities in Ibeju-Lekki Local Government Area of Lagos state on Sunday April 22nd. This attack comes barely a week after three suspected cultists were beheaded after their members clashed in Lagos.

According to reports, one of the suspected cultists identified as Focus, was killed and mutilated by the group about 10a.m. yesterday at Igbojiya community.

Focus, who is said to be a member of Eye confraternity, sat at a joint where a security man guarding one of the houses, sold cooked noodles, bread and egg. He was seated with the man waiting for his egg and bread when the cult members circled him and shot him.

However, the gunshots had no effect on him, so the cult boys attacked him with machetes and axes as he tried to escape. He became weak, having received severe cuts on his skull, neck and several parts of the body. He died near a popular spot in the community.

The cult members also killed another person in the neighbouring Imalete Alafia town. Prior to the latest cult killings, one person was butchered in like manner on Saturday at Imalete Alafia. 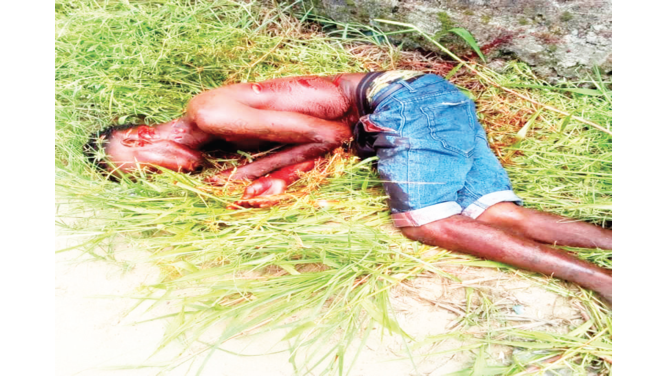