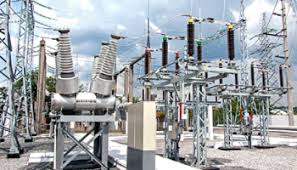 The Transmission Company of Nigeria has announced a planned power outage in some parts of Lagos and Ogun States on Jan. 13 and Jan. 15, between 8am and 5pm.

the General Manager, Public Affairs Unit, TCN, Ms Ndidi Mbah, in a statement said the outage was due to annual preventive maintenance scheduled to take place at the Ikeja-West 330/132Kv Transmission Sub-Region in Lagos.

According to Mbah, there will be interruption of electricity supply to consumers receiving supply within its Lagos network specifically in parts of Alimosho, Ejigbo and Agbara, in Lagos and Ogun States respectively.

“The planned outage will enable TCN engineers from Ikeja-West Transmission Sub-Region carry out annual preventive maintenance work on some equipment for improved electricity supply to consumers.

“TCN sincerely regrets inconveniences that would be caused by the interruption and promises to continue upgrading and maintaining its equipment to serve Nigerians better,” she said.