A suspected female kidnapper and three of her male accomplices have been apprehended in Agbor, Ika South local government area of Delta state.

The suspects who are also said to be drug dealers were reportedly nabbed on Monday by security operatives during a raid led by Hon. Festus Chukwuyem Okoh, Member Representing Ika South Constituency in the State House of Assembly. 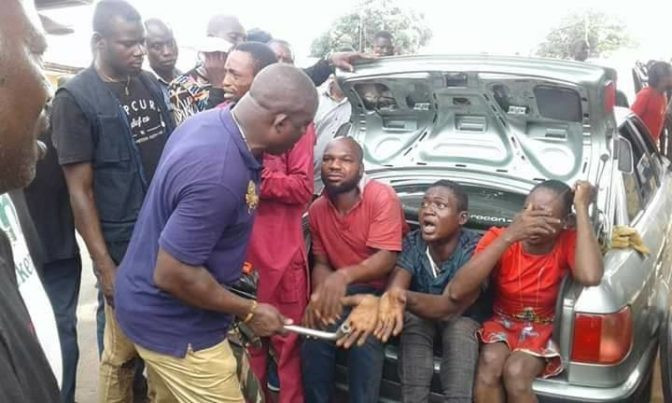 During the raid, they found some items including charms in their possession.

The four suspects have been handed over to the police for investigation. 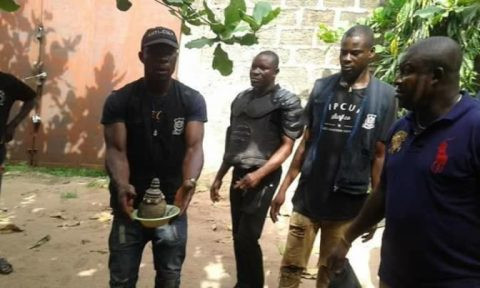 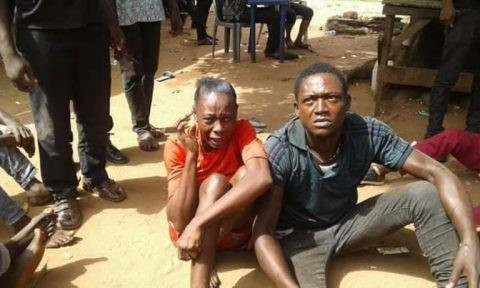