According to reports, the man from Enugu State, called his close friends on Wednesday, to tell them that he was going on a journey of no return before drinking Sniper, a lethal pesticide which has become a popular choice for suicidal Nigerians.

Read reports by his classmates, Uchenna Jovita and others:

“A student of Anambra federal polytechnic Oko.  popularly known as Mr hod in the  department of public administration, level ND. From Enugu state. Committed suicide two days ago.  According to News in my department, his father died when he is still in secondary school.
Two nights ago,He drank  sniper and called his close friends to tell them that his going to a journey of no return. Before they came to his Lodge to know what is happening, he has already drank half of the sniper. He gave up before they were able to get him to the hospital. Nobody have any clue his reasons for committing suicide.” 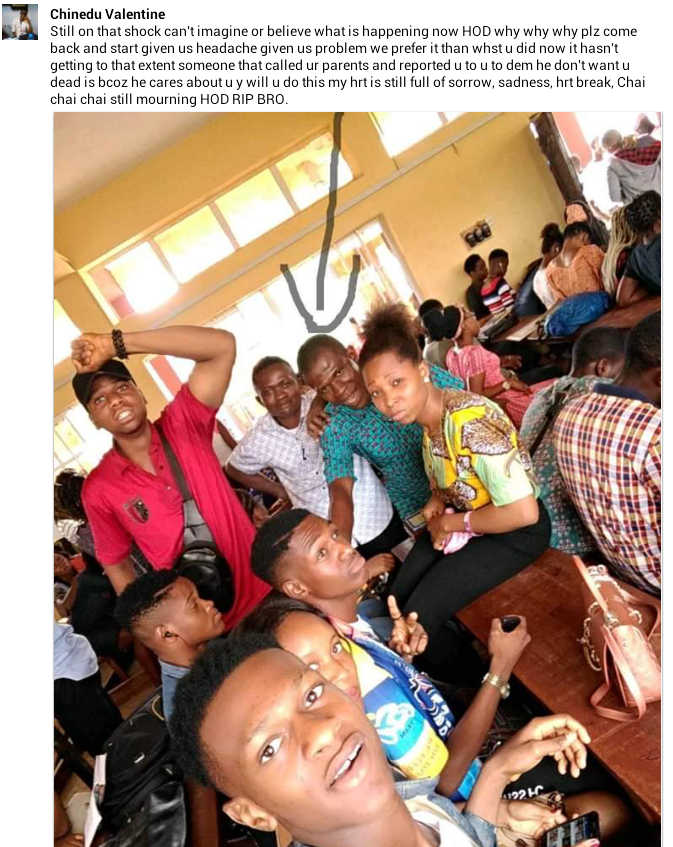 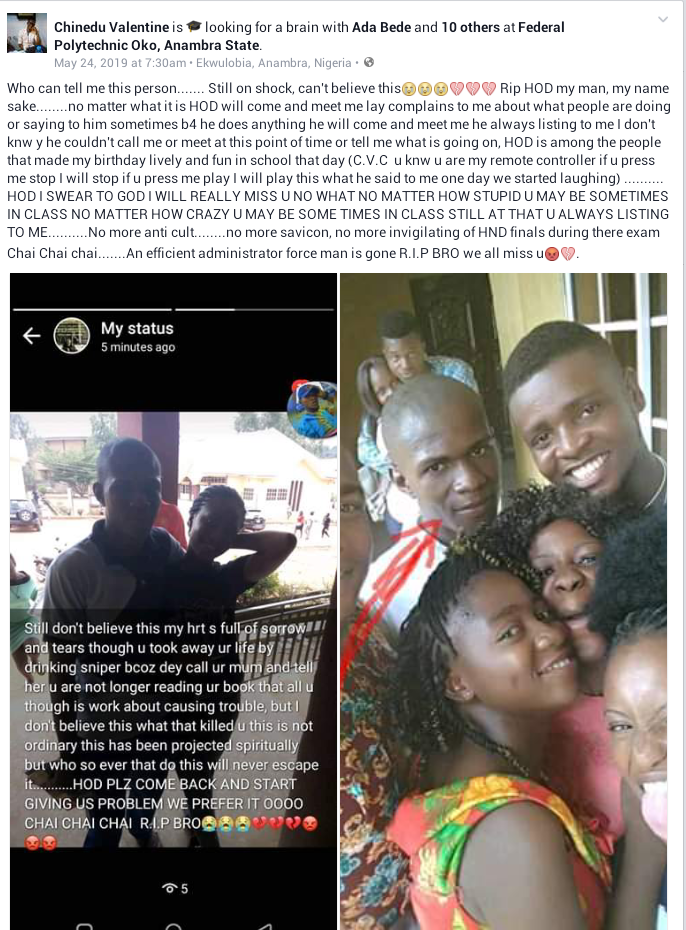 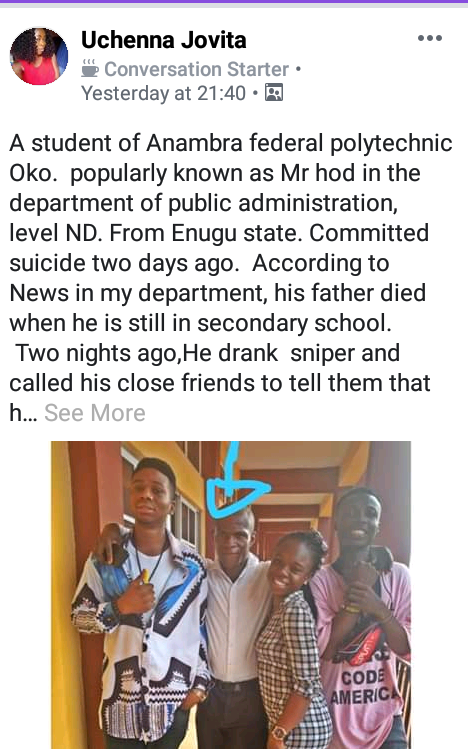 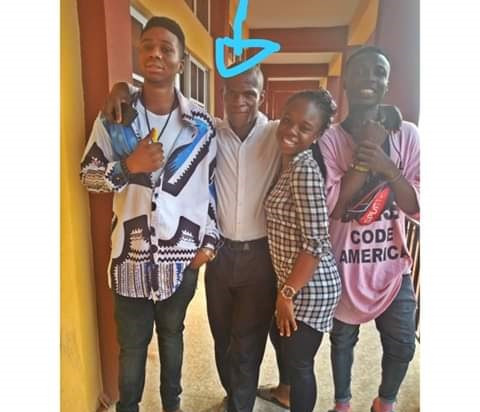