A Kenyan woman who has filed for divorce has been accused by her husband of sleeping with more than 35 men.

Joel Gachanja, a city IT guru, parted ways with Angela Mwihaki, his wife of four years who filed for divorce citing among others; “cruelty” and “irreconcilable differences.”

But Gachanja in his replying affidavit filed at the Milimani Commercial Courts in Nairobi accuses the marketing manager of serial infidelity with a wide array of suitors.

Gachanja, who was divorced before meeting Angela, lists her former bosses in various blue chip companies as among the men she slept with besides a Kenyan international rugby player, a renowned rugby heckler, a sports television anchor, her paediatrician, basketballers (3), a thespian, a former comedian, club DJs (2), a church member, a makanga , nine workmates and 19 “boyfriends.”

Gachanja’s affidavit also charges that Angela also had sexual relations with her sister’s husband and his two friends and a “random Indian guy.”

Shockingly, Angela does not deny she had affairs with all the men listed including trooping to the Kamiti Maximum Security Prison where she offered conjugal rights to an inmate while still married to Gachanja. 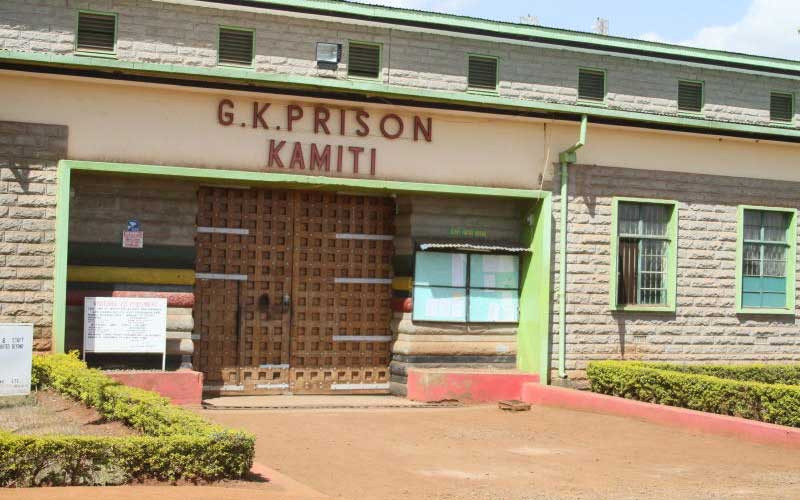 Angela had met the Kamiti inmate on an online dating site. One of the men has filed an affidavit owning up to an affair with Angela while four verbally asked for forgiveness from Gachanja.

In the affidavit filed under Divorce Petition number 149 of 2019, Gachanja says “the petitioner voluntarily moved out of our matrimonial bedroom on 16 February 2019, deserting their home on 19th February and filed for divorce on 21 February 2019.”

He has also attached pictorial evidence of nudes and incriminating WhatsApp conversations his wife shared with several men in high positions. He has also attached an in-depth confession in which Angela gives a blow by blow account of her mind- boggling sexual athleticism.

Gachanja notes in his affidavit that Angela, whom he married at the Attorney General’s Chambers in 2015 has “lost her chastity, honour, integrity, and prestige of a married woman and lowered herself by randomly flirting with her social media contacts and even sending suggestive and nude pictures and erotica content for momentary thrills.”

Angela Mwihaki had innocently emailed confession to Gachanja when they broke but made up for the first time.

Gachanja, in his suit papers, has used Mwihaki’s confession to write a flowing and detailed account of each and every sexual encounter his wife has ever engaged in, how the affairs started, naming the men, whether protection was used or not, and the locations the sex took place- which were mostly in lodgings, car parks or inside parked cars.

Gachanja in his affidavit further notes that “some of these affairs were meant to meet her materialistic ambition and quest to climb the corporate ladder with whoever she found on her path to sleep with, and who will assist in her quest in advancement…at times, the petitioner would come home late way past midnight and upon being asked about her whereabouts, she becomes hysterical and at one point she confessed to having been on a date with her child’s paediatrician among her many suitors.”

In her defense, Angela terms Gachanja as an insecure, foul- mouthed man with an ungovernable temper.

“The defendant is a man of pregnant imagination constantly accusing me of cheating and having extramarital affairs. The constant acrimony between the parties mainly caused by unfounded insecurities on the part of the defendant.”

Angela Mwihaki avers that by the time of their marriage “we lived in a house I owned and was solely paying the mortgage until sometime in October 2015 when we purchased and moved into our house in Redhill toward which I contributed half of the purchase price.”

“I swear by this affidavit that I am hiding both in fear of my life and the lives of my children due to the violent nature of the defendant.”
She further claims Gachanja hurled unprintable insults at her and accuses him of hacking her phones.

“The defendant has also on occasion burnt my clothes and other belongings. He has on more than one occasion physically assaulted me thereby prompting me to report the matter to the Kenya Police who provided me with an abstract.”

Angela is demanding that Gachanja contributes Sh431,000 as his share towards the upkeep and the maintenance of the family:

But she wants Gachanja to pay Sh215, 000 every month pending the determination of the case.