A Qatari man has angered people after he shared a video tutorial teaching Muslim men how to beat their wives.

He uploaded the outrageous video to his Al-Mojtama YouTube channel. He is seen in the video with a small boy who he used as the “wife” to demonstrate the techniques. 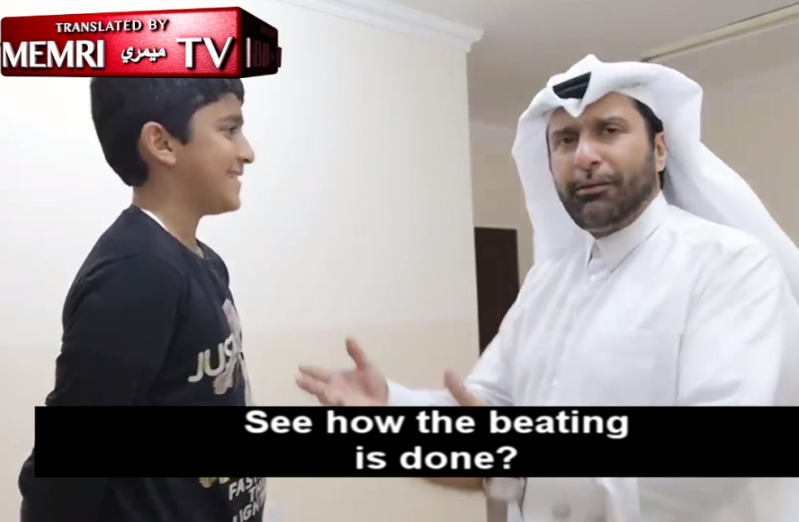 He began the video, saying: “Dear viewers, many people – especially people who are married – would like to know how to beat one’s wife. Is beating your wife necessary? Must a man beat his wife every day? No.

“First, we must understand that the man is the leader of the house. A leader has authorities, just like a company manager. The leader of the house may decide to discipline the wife so life can move on. How does a husband beat his wife? He gives her a disciplinary beating out of love. He loves her.”

He said to his viewers: “Some people punch her or slap her on the face… That’s not allowed.”

He continued: “The Prophet Muhammad… Look how merciful Islam is. The Prophet forbade striking the face. He forbade men from beating their wives on the face.

“Slapping the face, hitting the head, punching the nose – all of this is prohibited. The beating is for discipline.” 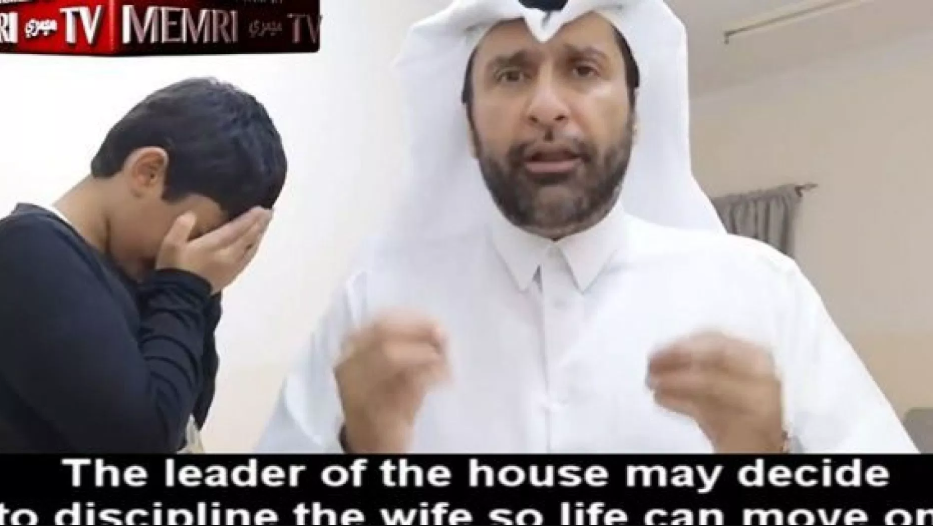 Al-Khazraj told Muslim men the beating should be light and painless and it should make the woman “feel her husband’s strength”.

At this point, he gave an example by slapping the boy on his shoulders, grabbing him, shaking him and shouting at him, saying: “I told you not to leave the house! How many times do I have to tell you?” 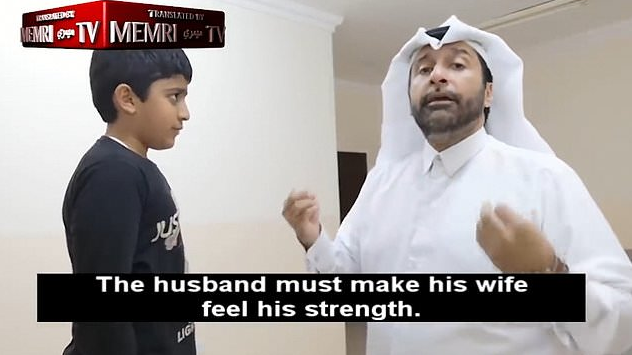 He also advised men not to sleep in the same bed with their wives as a way to punish her.

He said: “First, he must admonish her – in other words, he should advise her. Then, he should refrain from sharing a bed with her. If all of this doesn’t help, we start the beating as a last resort.

“This is a painless beating that does not leave bruises or cause bleeding. The beating I just gave Nayef is the true gentle beating in Islam.” 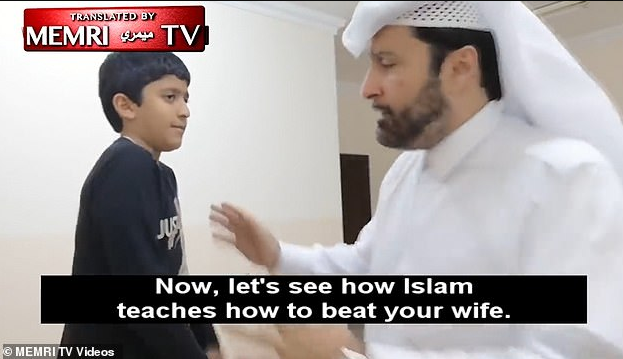 People have been angered by the video which is a sad reminder about how women are treated in the strict Muslim nation.