17-year-old orphaned girl, Ochanya Samson from Benue State was left almost blind in one eye after she was brutally assaulted by a man for turning down his sexual advances.

Facebook user Bakia T. Thomas, who shared the shocking story of the young girl also revealed that she was raped, had a baby at the age of 15. Her uncles who threw her out of the house and sold her baby for N500,000. 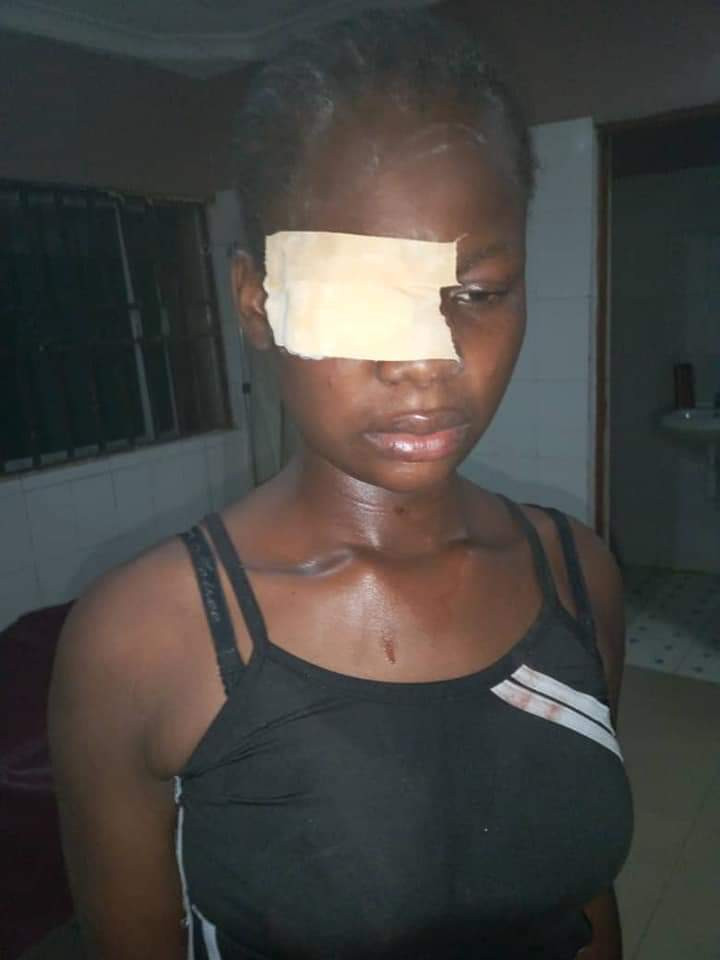 He further disclosed that Ochanya went into prostiution to survive and had quit before the recent attack. Thomas said he kept the girl with some woman in Biyagi, Kubwa, Abuja, until they can get a place for her. Read below:

I need urgent advice please.
We met Ochanya Samson yesterday evening, 17years of age from Benue State.
Seriously molested by a man who called on her and she refused to go, she almost lost an eye.
Now we were together with Godsent M. Sadoh when we saw her entering the hospital.
An orphan with no mother and father, her uncles drove her away because of her character, that version of the story was told to us after I got her treated yesterday.
Now she lives with a woman who has also decided to send her away because she is scared of Ochanya’s uncles.
This girl has gone through rape, eventually had to go into prostitution just to survive and just when she made up her mind to quit, this happened to her.
10minutes ago, I got a call from the woman giving her shelter telling me a shocking story.
Ochanya had a baby when she was 15 and her uncles who threw her away took her to Aba and sold the baby for 500,000naira and took the money from her.
Returning to Abuja, they got a house, same house they live now and they sent Ochanya away.
After I left the woman’s house yesterday night with my friend, I saw how furious they really were. They went behind and threatened the woman to send her away so we don’t get to see her again.
This is so she doesn’t reveal this story to me.
How did the world turn this wicked?
I am looking at my food before me but I lost my appetite.
What went wrong with creation?
How did man suddenly turn this evil?
Sell a baby for money? 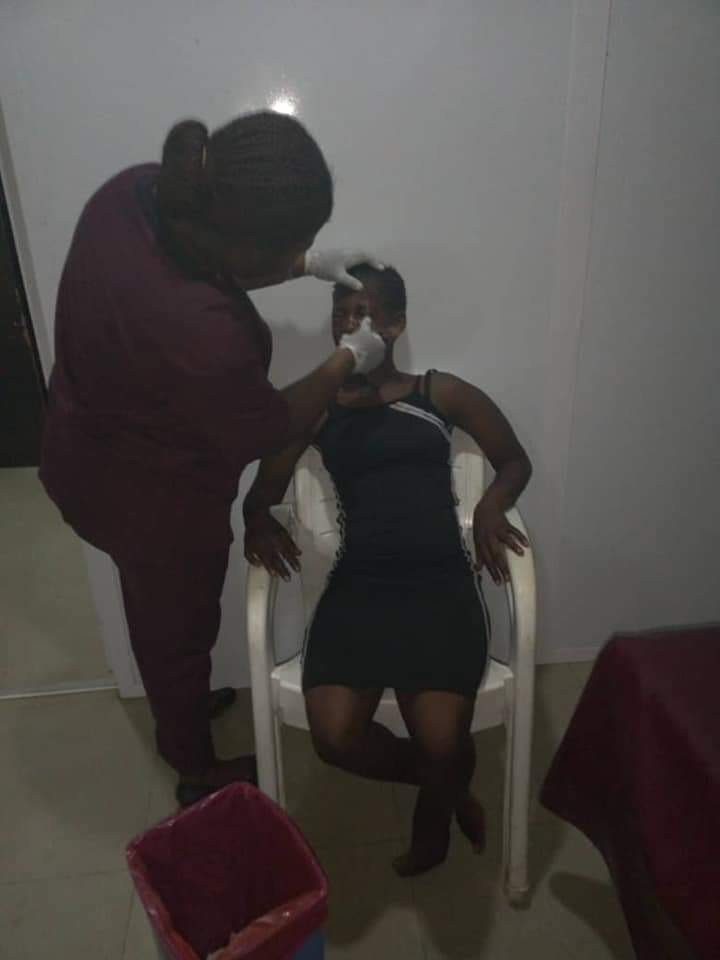 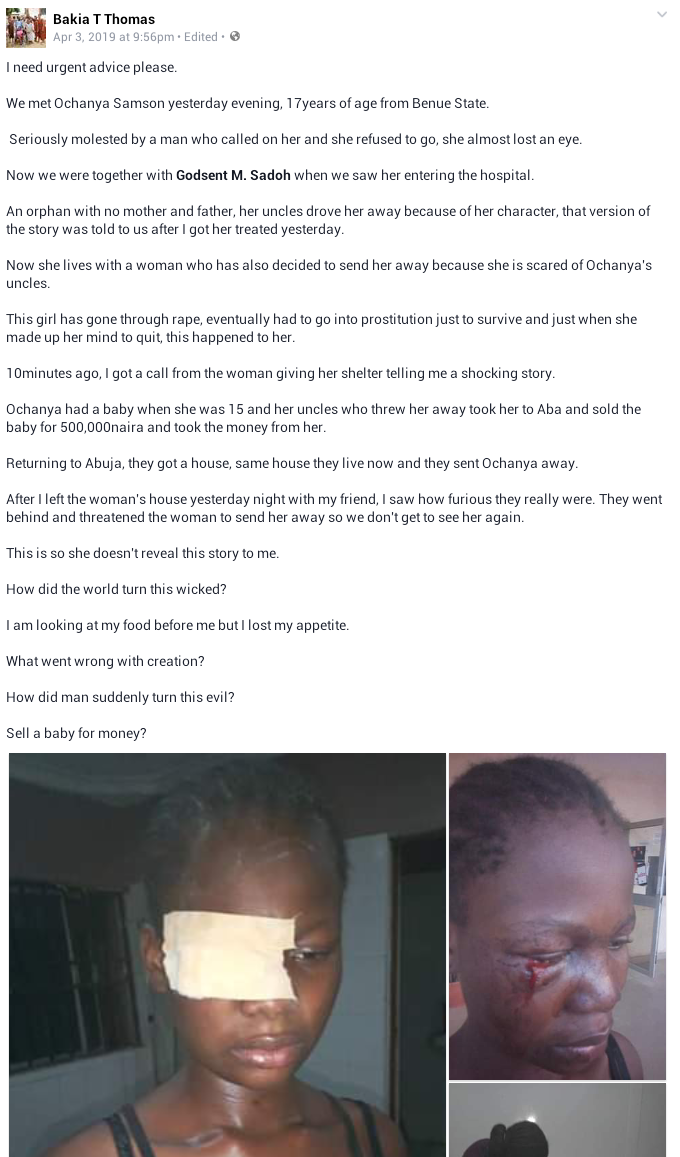