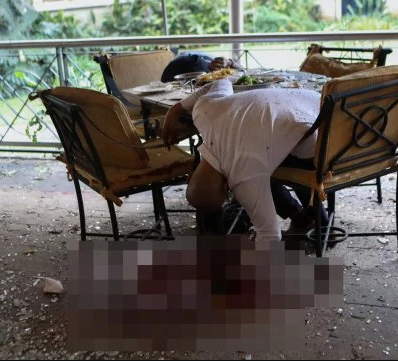 15 people were killed when Islamist terrorists launched an attack on a luxury hotel in Kenya yesterday.

The terrorists fired shots as they barged into DusitD2 hotel complex in Nairobi on the afternoon of Tuesday, January 15, 2019.  They were armed with bombs and guns. 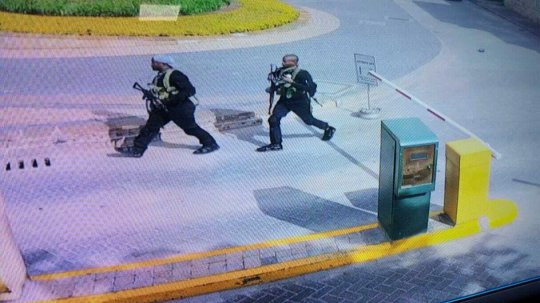 Trapped civilians were seen escaping through a window at the hotel. Those who couldn’t escape sent messages out begging for medical help. At the scene, there was blood, shattered glass and bodies slumped over chairs. 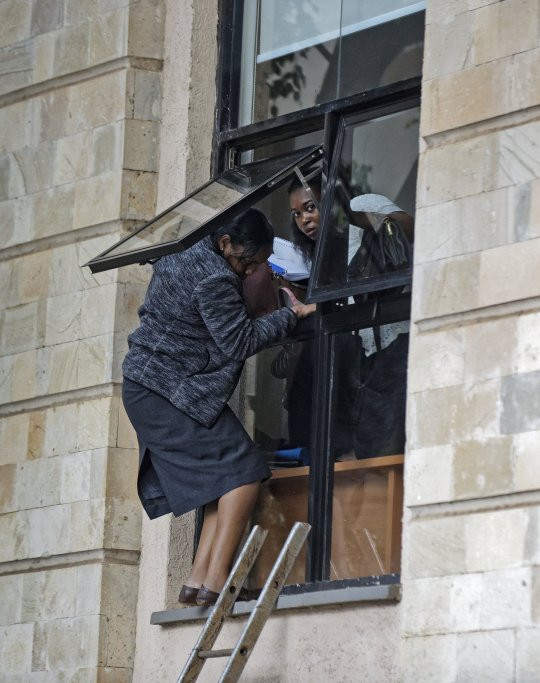 The death toll is reported to be at 14. Eleven Kenyans, an American and a Briton were among the casualties, morgue staff said. Tje victims had not been identified.

It is feared that the death toll will rise once it is safe to go into the hotel.

Kenyan authorities said yesterday that the situation had been brought under control and the scene secured. But first responders say gunshots were still heard at 4am (GMT) today. Blasts and shots had punctuated the night, making it hard to rescue scores of people trapped inside. 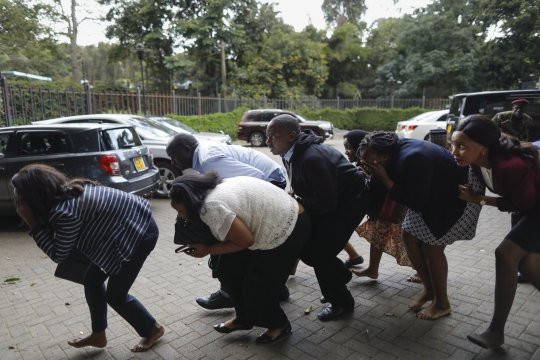 Al-Shabab, the Somalia-based group that carried out the 2013 Westgate Mall attack in Nairobi that left 67 people dead, claimed responsibility for yesterday’s bloodshed.

The area around 14 Riverside Drive is a Crime Scene … under an active security operation.

CCTV footage captured the armed gunmen moving through the complex with military precision, looking for victims. They then went from office to office shooting randomly. 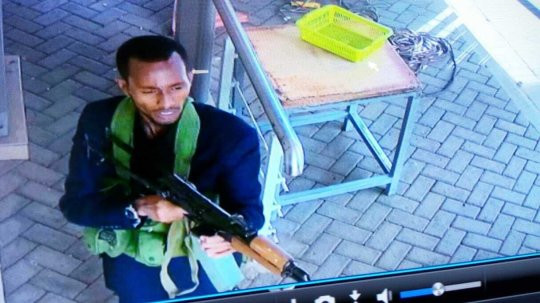 In panic, people took cover wherever they could — behind cars, in offices or inside bathrooms. Robert Murire said it was chaos.

When those guys came in, they just started shooting. They were not normal people. Just they were three people. They had green trousers, green tops, they had something here and bullets, black bullets.

Many of the victims had been dining in the Secret Garden restaurant and lay slumped at their tables. 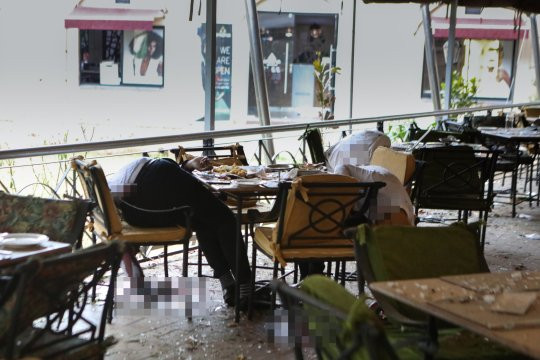 Families who had gone to the Chiromo morgue seeking loved ones were told they could not view the bodies until a forensic investigation had been performed, provoking grief and anger.

One man who only gave his name as David said he had yet to hear from a relative in the hotel complex.

He told Reuters at the morgue:

The family of one 35-year-old man collapsed in the courtyard when they heard that a body had arrived with his identification papers.

The co-ordinated attack began with an explosion that targeted three vehicles outside a bank, and a suicide bombing in the hotel lobby that severely wounded a number of guests, said Kenya’s national police chief, Joseph Boinnet. 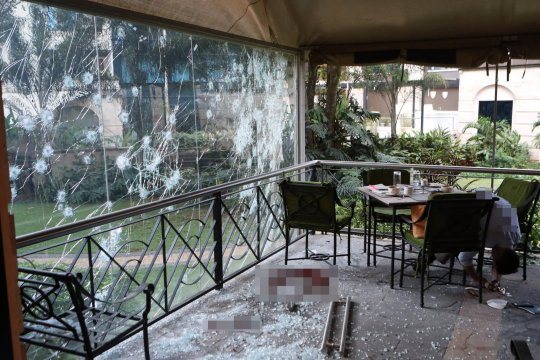 Survivors reported hearing a shattering blast and saw people mowed down by gunmen as they sat at a cafe. Victims were left lying on tables, bleeding.

Enoch Kibet, who works as a cleaner at the cafe and managed to crawl out a basement gate, said;

We were changing our shifts, and that is when I heard a loud blast and people were screaming.

I couldn’t believe I was alive. The blast was so loud and shook the whole complex.

Kenyan hospitals appealed for blood donations even as the number of wounded remained unclear. 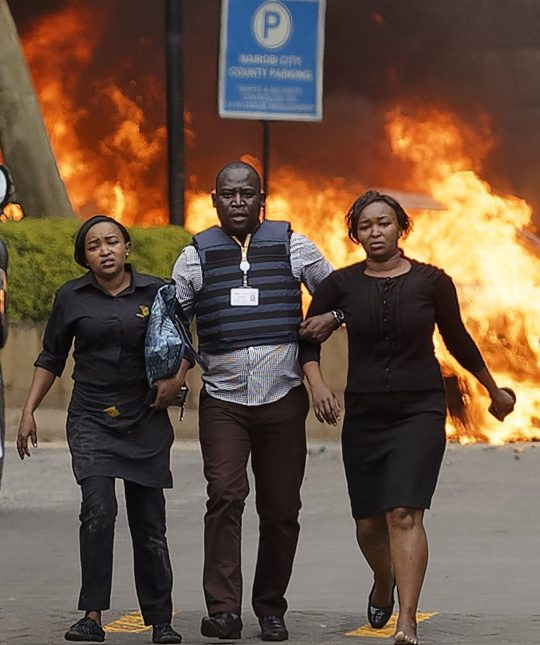 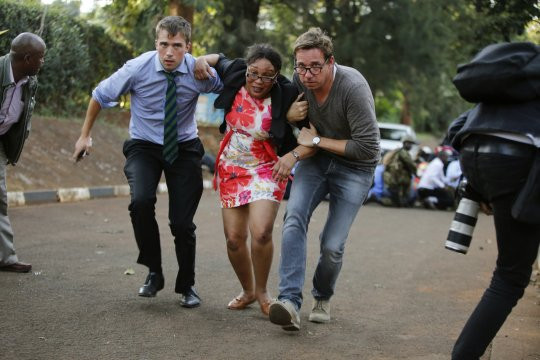 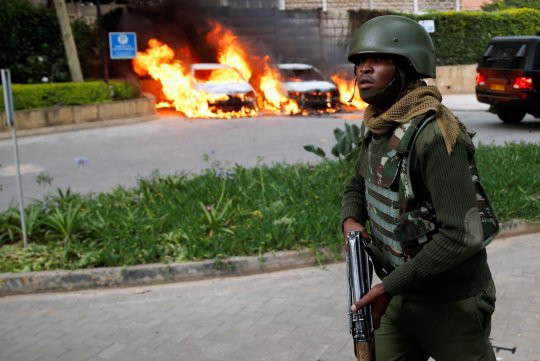 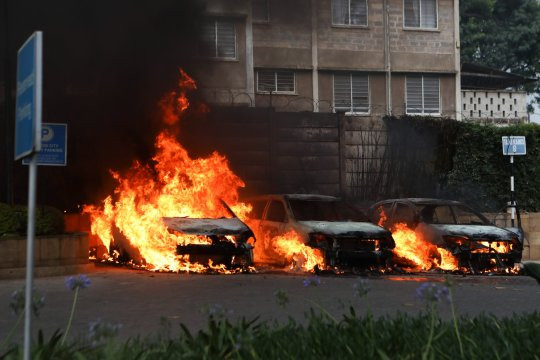 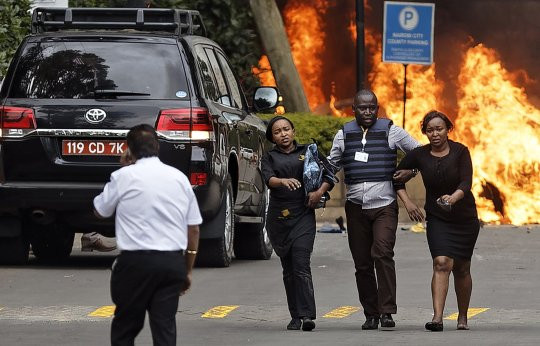 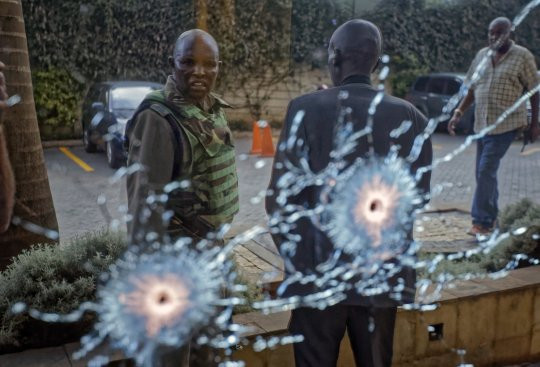 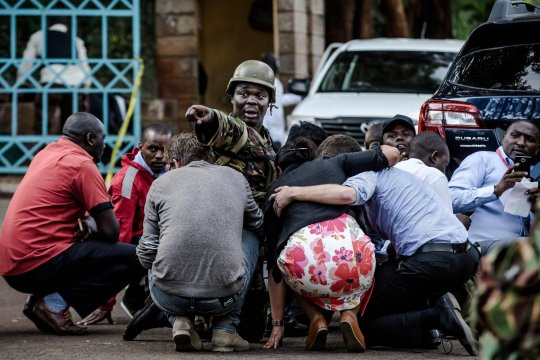 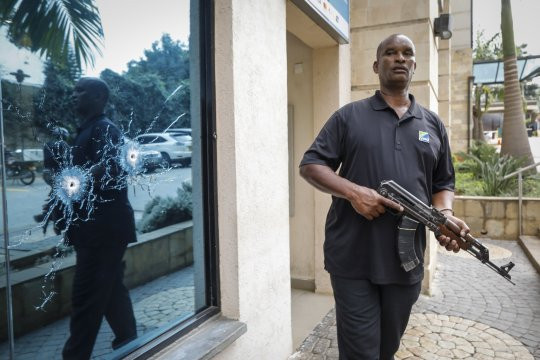 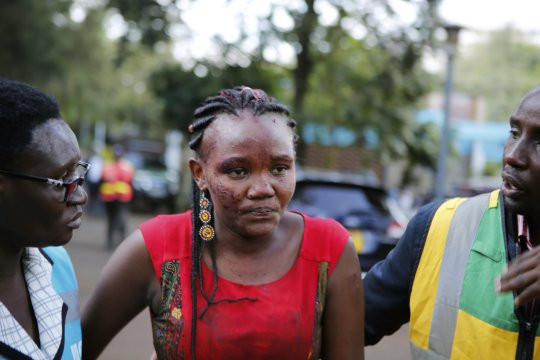 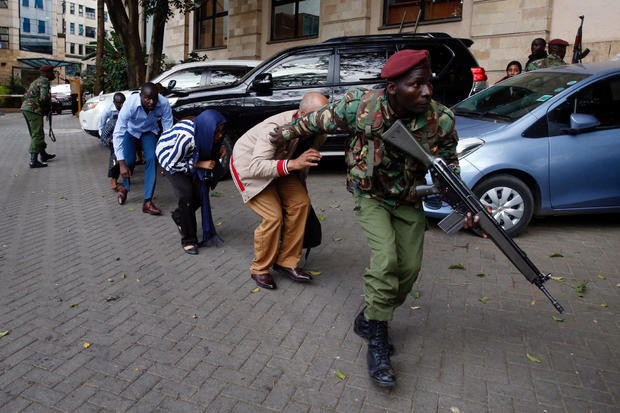