The Mezie Ụmụọma Development Movement Camp & The Eze Morrison Eke’s Camp form a “Compromise” Unity Government and agree to work together for the Peace and Progress of Ụmụọma Nekede Autonomous Community. 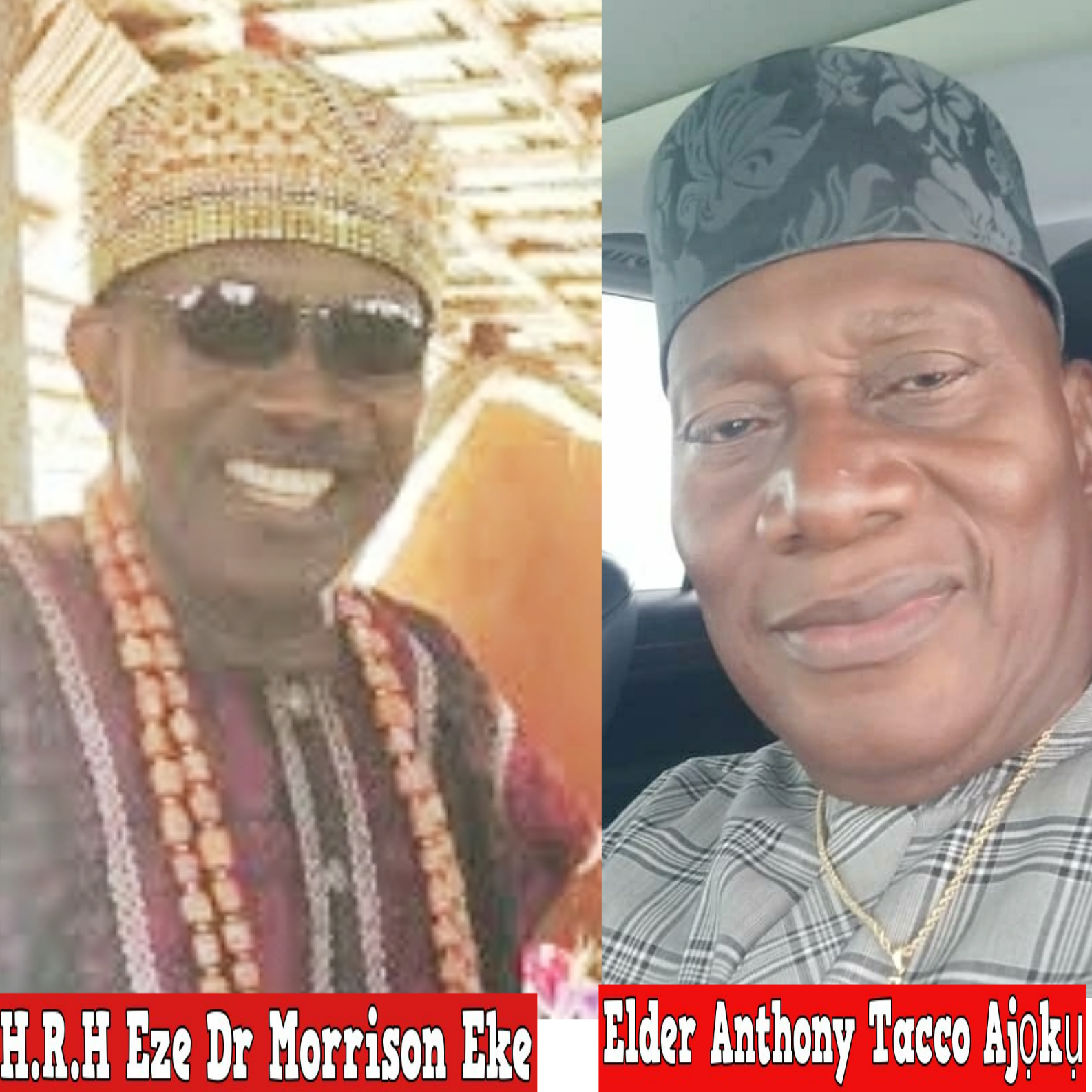 Ụmụọma Nekede Autonomous Community in Owerri West L.G.A of Imo State, Nigeria breathes Peace again as the the Major Waring camps who once had very differing opinions and approaches to governance come together in what’s considered a monumental and historic compromise to run a government that’s beneficial to all of Ụmụọma.

For many years now, there had been community frictions and squabbles that developed into major issues that threatened the existence of Ụmụọma Nekede as a unit and also threatened the well-being of its people. There existed two major camps in the Ụmụọma affairs – The Eze’s Camp, led by H.R.H Eze Dr Morrison Eke and the Elder Anthony TACCO led “Mezie Ụmụọma Development Union”. The issues ran so deep that there were series of lawsuits involved in various Courts around Nigeria against the Eze and his camp. It was reported that recently, there was a vote of No Confidence secured against the Eze By the Ụmụọma Council of Elders. With the new agreement in place, the no confidence vote and all lawsuits against the Eze are to be withdrawn immediately.

“It’s all in the past now. We have mutually agreed to withdraw all court cases against the Eze and his people once the courts resume. We are one people and together, we can do better as a community..”, remarked Elder Anthony “TACCO” Ajoku of the “Mezie Ụmụọma Development Union” who played a major role in bringing about the peace through this monumental agreement.

It was gathered that the peace was brokered by a select group of Ndị Eze of Owerri Senatorial zone led by the Chairman, H.R.H Eze Aujuobi Osuagwụ, Eze Okochie 1 of Awaka, Who called both parties together and after a few meetings, arrived at and signed the agreement.

We4We Reports in March had reported on the appoinment By the Chairman of Owerri West L.G.A, of Mr Uchenna Nwaneri, a respected community servant and environmental protections personel, as the President General of the community, even in the face of an election for a Town Union elections scheduled to hold just two or three days away. The elections had been directed to be held by the Courts as part of a settlement order on a lawsuit brought against the Eze bu the Mezie Ụmụọma Camp seeking to have elections. The Elections were self on the 13th of March 2021. Mr Okey Opara, a People’s servant and an O.C.D.A contractor was elected P.G alongside other candidates who are mostly of the Mezie Ụmụọma group. There appeared to be 2 parralel governments being run by the appointed PG and the Elected PG and it was making too much of a clutter and, as many believed, would have proved detrimental to the collective wellbeing of Ụmụọma people. The elected P.G, Okechukwu Ọpara sued the appointed P.G in court, asking that he stop parading himself as the P.G. The case is still in Court now but is part of the cases to be withdrawn, given the current state of affairs. The appointed P.G, Mr Nwaneri made a complaint to the Police that he was appointed by government and so has some legitimacy to act as the P.G and both parties were summoned to the police on at least two occasions. It became a thing of war and the debate wrested mostly on whether the people should settle for an appointment by an appointed government official (The Local Government Interim Chairman) or a free fair and open election that captures the will and represents the entirety of Ụmụọma Nekede.

They have now agreed to let the appointed P.G, Uchenna Nwaneri, be the sole P.G and head of a “COMPROMISE Government” that includes members selected from both camps. Kelechi Anah, of the Mezie Ụmụọma group would serve as the Secretary General. The rest of the portforlios on the executive board are shared equitably between the two camps. Elections are to be held at the end of the current tenure.

The New Officials are;

They agreed that the Eze Would reconstitute his cabinet to be more inclusive of people from various backgrounds in the community. They agreed also that the Elders Council be respected more by the Eze and the people and they are expected to have elevated roles in Ụmụọma governance.. Village Chairmanship Elections are also to be held regularly and not by appointment by the Eze.
They agree not to drag the Eze to court in the future without first exhausting all other community jurisprudence avenues.

Sometime in March 2021, Elder TACCO had openly complained to Nekede Federated Union (N.F.U) about a text messag he said he received from the Ụmụọma Eze. A message that was inadvertently sent to him (Tacco) but was meant for Chief Gibson Achunwa (Oyiga). The text message from the Eze implores Oyiga to ensure that the demolition exercises being carried out by the State Government at the time does not spare Tacco and any of his properties and even gives specifics of some of the properties and offers to help with locating them if needs be. Our investigative reporters got hold of a screenshot of the alleged message and asked elder TACCO about it and what had been done since about the matter. He simply said, “I have decided to let by-gones be by-gones. I acquired my properties legitimately and no one can bob me of them. We are chatting a new course of Peace in Ụmụọma and I’m willing to forgo anything and forgive anyone who had offended me for peace to reign.”

We4We Reports also contacted the Eze, H.R.H Eze Morrison Eke on the same issue of text message ans he simply responded, “..That is a forgotten issue. We have decided to make peace and we are moving on”

The Eze Was asked about the P.G, Uchenna Nwaneri and his administrative qualities. He said, “Uchenna is a very capable and intelligent young man and he is already showing what he can do. We need to all support him as he does his best for Ụmụọma”.

The Eze also confirmed his participation in the peace process and confirmed that his signature was willingly appended. He remarked, “We want Peace. The other party decided to pursue peace. Ụmụọma needs peace and I thank H.R.M Eze Akụjobi Osuagwu and the other Ezes for helping make it possible”.

Eze Morrison Eke, PhD, confirmed that the new P.G and his Executives would be inaugurated in about a week or so and a Church Thanksgiving ceremony would follow that.

For News in your area or information, send a message to VALMEDIAFILMS@GMAIL.COM