Opposition political parties on the platform of the Coalition of United Political Parties on Monday faulted a statement attributed to the Minister of Information and Culture, Alhaji Lai Mohammed, that they are planning to rig the forthcoming general elections. 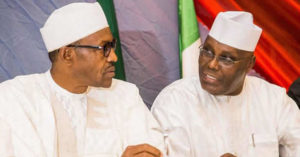 The parties also said the minister’s claim that they are lobbying countries to discredit the outcome of the election was meant to scare away members of the international community from monitoring the elections.

The CUPP’s reaction was contained in a statement made available to journalists in Abuja by its first national spokesperson, Imo Ugochinyere.

Ugochinyere said contrary to the minister’s claim, the ruling All Progressives Congress was the one deploying machinery to rig the elections.

He said, “Who is attempting to buy votes through the fraudulent TraderMoni which has failed? Who is plotting to import voters from neighbouring countries which has been exposed? Who is deploying security agencies particularly the military through the hurriedly put together Operation Python Dance III to intimidate voters?

“All these have failed, hence like they purchased order with which the Chief Justice of Nigeria was unlawfully forced out of office, they have purchased a Magistrate Court order to arrest key opposition leaders including Senator Bukola Saraki, Ikenga Imo Ugochinyere, Senator Ben Murray Bruce, Uche Secondus and 16 other leaders of the opposition.

“Let it be known to the Presidency that any election result which is not a reflection of the will of the Nigerian people will be rejected and that the real winner of the election will form a government of Nigeria, by Nigerians and for Nigerians.

“The statement is a failed attempt by Alhaji Lai Mohammed and his paymasters to scare the international community away from monitoring the election as the gatekeepers of developing democracies.”

Ugochinyere said the government was in panic mode because officials have realised that the figures are not looking good for the ruling party.

He added, “Their allegations fall flat in the face and they now know that Nigerians now take it as a patriotic service to the nation to send this government out of the Presidential Villa so that a new government can get Nigeria working again.

“The claims of Alhaji Lai Mohammed are bare faced lies, signs of a guilty conscience and a red herring to deceive the ordinary people and distract the mind of the international community but which will not achieve the set purpose.