The Miami Air Boeing 737 was returning from Guantanamo Bay and tried to land at Jackonsville airport shortly after 9:30pm on Friday but the landing was botched and the aircraft ended up in the water.

Fortunately, the plane, which was carrying military personnel, was not fully submerged in the water. The Fire and Rescue crews rushed into the Naval Air Station in Jacksonville, Florida, and succeeded in rescuing all passengers safely.

Of the 136 passengers and 7 crew members on board, two suffered minor injuries and they received treatement immediately. The rest were unscathed. 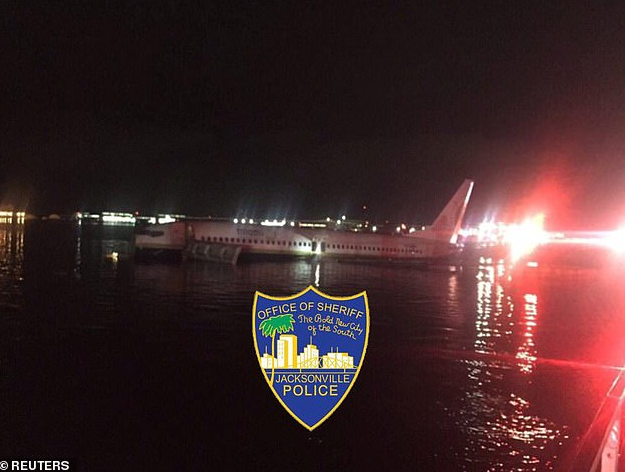 Captain Michael Connor, the commanding officer of NAS Jacksonville, said during a news conference that the fact that nobody died was a “miracle”.

He said: “I think it is a miracle. We could be talking about a different story this evening.”

Conor added that crews started working to contain any jet fuel leaks almost immediately after the passengers were rescued. It is not clear how long it will take to get the plane out of the water.