Nigerians are currently reacting to the tweets from a Northern Nigerian man who came out to oppose the inauguration of a female as the deputy governor of Kaduna state.

Dr Hadiza Sabuwa Balarebe was sworn in as deputy governor of Kaduna state yesterday May 29th.

Twitter user @Waspapping_, argued that Northern leaders such as Sarduana, did not fight for the region to one day have a woman lead a state. According to him, such a practice should be kept far away from the North.

While some Northerners agreed with him that Islamically it is wrong, some Nigerians blasted him for his misogynistic opinion. See the reactions below 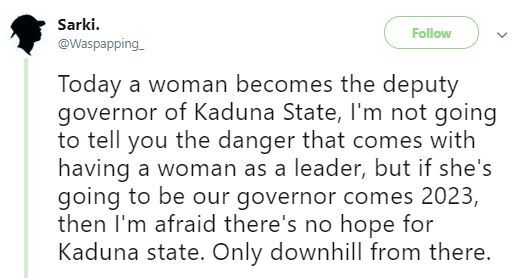 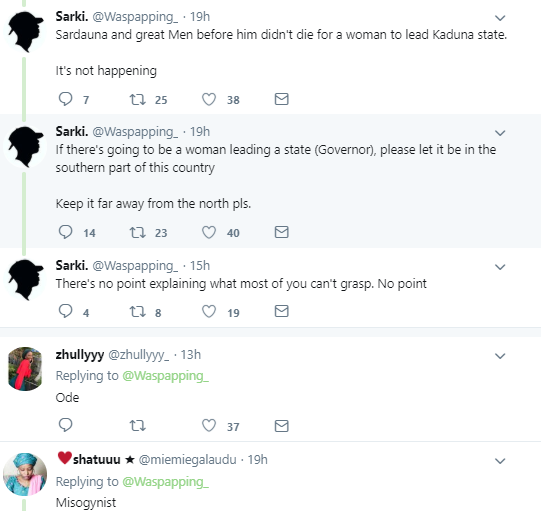 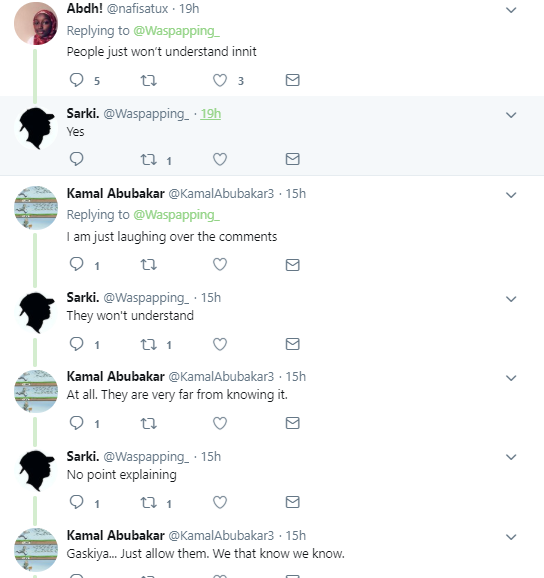 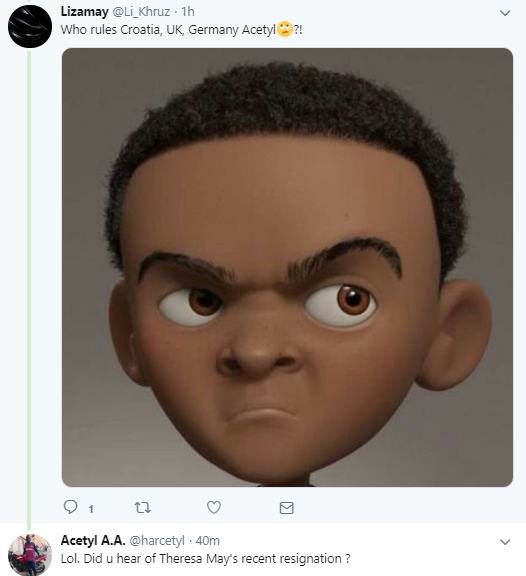 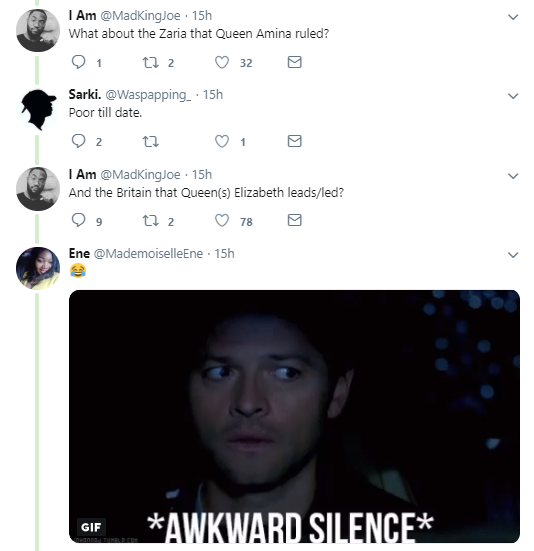 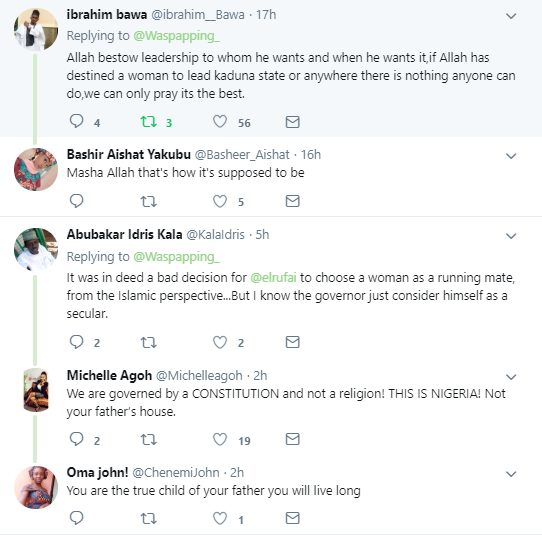 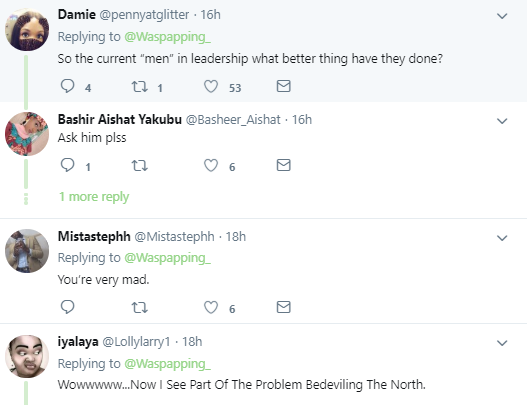 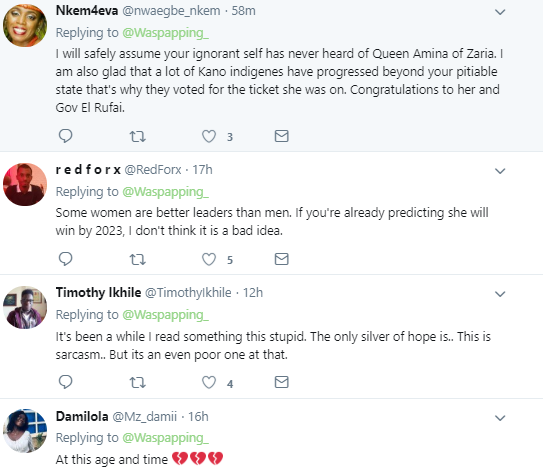 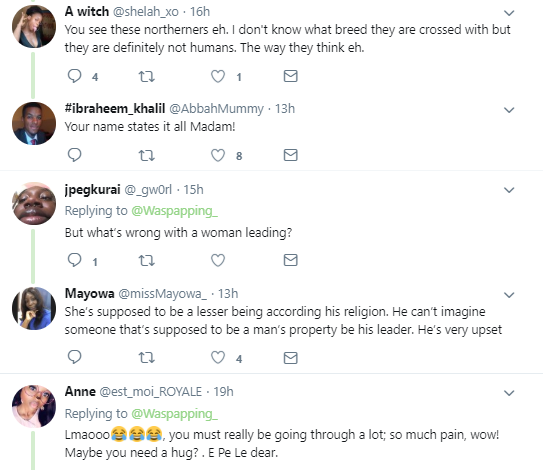