Naira Marley’s management has released its official statement after the singer was arrested for his alleged involvement with cybercrime last week.

He was arrested on his birthday alongside fast rising Nigerian rapper, Zlatan Ibile and his crew Tiamiu Abdulrahman Kayode, Adewunmi Adeyanju Moses, and Abubakar Musa.

Zlatan and his crew have since been released on administrative bail while Naira Marley is still in detention after overwhelming evidence was found against him.

His management released a statement today stating that Naira Marley is in no way in support of cybercrime but admitted that the singer went too far with his recent social media outburst.

They also claimed that the implicating Laptop found on the singer does not belong to him and they are asking that he shouldn’t be prosecuted for such a mistake.
Read the full statement below. 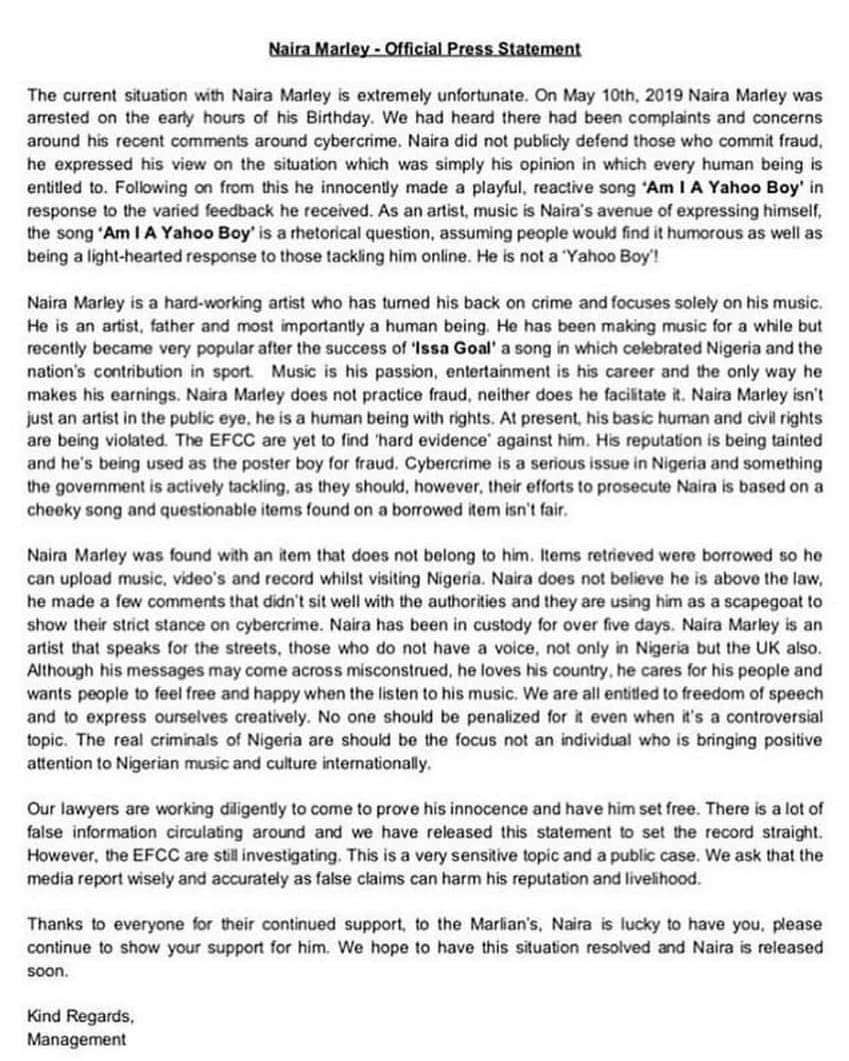