Sara Cunningham is a mum who became frustrated with stories of parents who refused to attend their children’s same-sex wedding and she has responded in an incredible way.

The 55-year-old, whose youngest son is gay, vowed that if a child’s biological mother would not come to their LGBT wedding, she would be there for them. Sara, who is from Oklahoma, in the US, wrote: “If your biological mom won’t come to your same-sex wedding, then call me. I’ll be there and I’ll bring the bubbles.”

After Sara’s post went viral in July, she has since launched an organisation called Free Mom Hugs. The nonprofit organisation offers mother-like support to LGBT youth. 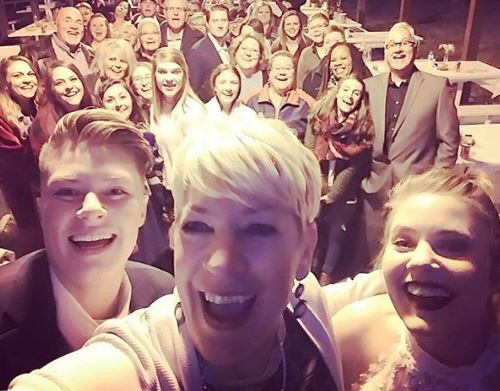 In an interview with CNN she said: “when people ask us about Free Mom Hugs, they usually say, ‘How can I join? What can I do?’ That’s what made the post go viral. It was people all over the world saying, I want to do that, I can do that, I’ve been doing that.”  Sara was inspired after she returned home from a pride festival in Oklahoma where she heard “real horror stories”.

Since her post, Sara has been invited to attend several weddings, and she said that her message has created something of a movement.