INNOSSON Motors Owner, Innocent, IfediasoIChukwuma and a few other highly respected and deserving Igbos to be honored 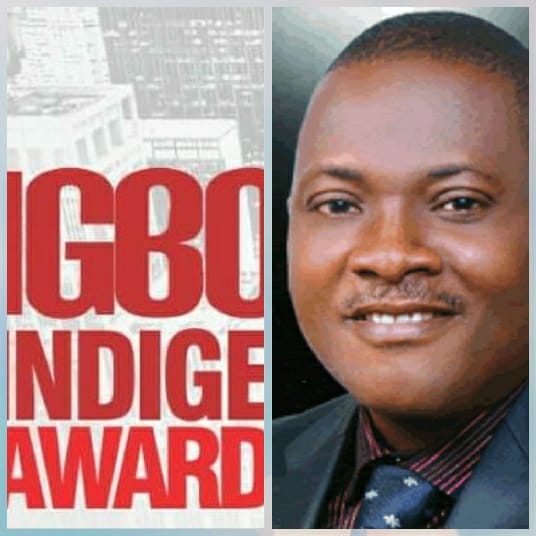 On April 19, 2019 starting at 8 pm @ City global hotel Owerri, a few well deserbideand respected children of the Igbo Nation shall be honored with an “Igbo Indigenous Award” as they are duly recognized in their various areas of expertise and service to the people. Here is a list of the individuals to be honored;

Innocent Ifediaso Chukwuma is the proprietor of INNOSSON Motors, an Indigenous Nigerian auto manufacturing firm, a pace setter that has transcended the way startups are run and he has been a very positive role model to Nigerian YOUTH. His tenacity or purpose and perseverance has been a guide to many more who aspire to walk in his path.

Mr Raw Nwanne (Nigga Raw) has been in the music business for a number of years now and has helped guide the carriers of people like Flavor Nabania, Zoro Swaggbag (Onye Ogene), SlowDogg and a number of other notable Nigerian artistes.

Uche Bonny-Life Ndụ has been very active in the affairs of the common man and of the Igbo man for many years now.He has been a public advocate and a servant leader to the people in the USA and also to the people in Nigeria and World over. He believes in good governance and believes that picking the right leaders to lead us would always help improve governance. He’s the Chief Convener of the “Ihedioha Diaspora Think Thank” – An umbrella support group that helped galvanize and organize the Diaspora supporters of Imo Gov Elect, Emeka Ihedioha.They ensured that Ihedioha was  elected governor. Kudos to them. For these and many more, the organizers are proud to honor him with an “Indigenous Igbo Youth Ambassador of the year” award.

Val Frakas MoFire Amadi would be honored with  an “Indigenous Entertainment Pioneer of the year” award. He has been a very influential person in the world of entertainment for many years now and has helped in establshiest and shoring up the careers of many Nigerian musicians, actors and overall entertainers. His outfit, Val Media/Pinnacle Entertainment Inc helped produce and lunch the careers of people like Bongo music superstar, Obisco Nwamama and has helped boost off the careers of several other Bongo genre musicians and that helps a to explain why he’s been a regular mention on most of the popular Bongo songs. He has also produced songs with several superstar artists like Flavor Nabania, J Martins, L.G profess and many more. He’s equally produced and directed a number of films and theater shows. He owns and operates We4We TV, We4WeREPORTS.com We4We media and Val Media/Pinnacle Entertainment Inc.He has received several entertainment and Humanitarian awards as he has remained a hard worker for the Igbo Nation and has helped improve the life of the common man through humanitarian works with his foundation, The Val Amadi Foundation. Frakas MoFire was recently honored with an “Ọlụọma” and the entertainment guru awards.

Engr Bruno Iroanya has been at the forefront of Nigerian music for very many years. He helped craft the new Bongo sound when he experimented on new sounds that “hit home” on records performed by such superstars as Dr Sir Foreigner, Chima Obaraeze Eke, Saro Wiwa and a number of other artists. He’s the creative director and proprietor of Creative summit Studios. The organizers are proud to honor him with “Indigenous Igbo Youth Ambassador in the Diaspora of the year” Award.

Igwe Nkem Onumarah is the founding Igwe of Ọdịmma Anaedo Social Club USA and the leader of Igbo Solidarity Movement. He’s helped galvanize the Diaspora base and pushing them to tackle most of the challenges facing our people in the homebase. He has been a true leader that has the people at heart and the organizers are proud to honor him with an “Indigenous Community Builder in the Diaspora of the year” award.

Ambassador Kelechi Emenyonu, popularly known as Dhabri Khenchy is the  proprietor of renowned beauty house,  House of Dhabri Khenchy. He’s a Fine Arts graduate of Imo State University and a leading world wide fashion designer whose products have been featured at some of world’s best fashion expos and museums. Khenchy was the founder of the most talked about indegenous fashion show -UWENJAH In Igboland that has made waves in d international fashion terrain  He’s fondly called the “fashion surgeon”. He’s being honored with an “Indigenous international Designer of the year” award. 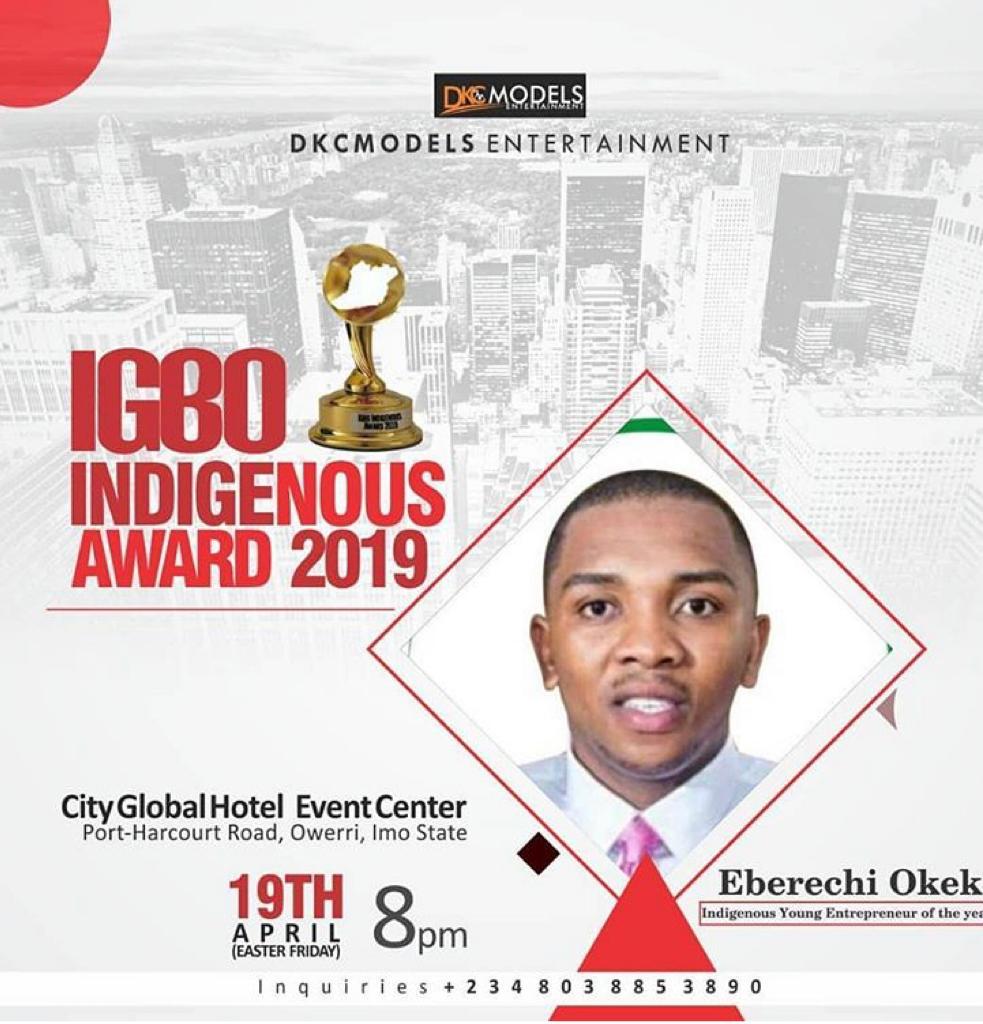 Eberechi Okeke is the President Chief Executive officer Amandacare Products. He’s referred to as the “youngest CEO”. As an entrepreneur and a Nigerian-American I am driven with a desire to create employment and adding to our growing economy in Imo state. Amandacare Tissue factory stands with a growing workforce of 35 staff with here HQ located at Ogbaku in Imo State. They believe in hard work and commitment to their core values, that in producing quality products they can make family’s happier, one home at a time.

He’s being honored with an indigenous Youth Entrepreneur Award.

Congratulations to all the awardees.