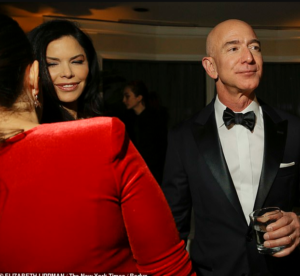 It has emerged that the richest man in the world, Jeff Bezos sent shirtless selfies, a photo of his genitals, steamy text messages and more to married Lauren Sanchez while they carried on an eight month affair that sometimes saw them hook up in both their marital homes, in hotels and in private jets.

The relationship between Amazon billionaire and his mistress, TV host Lauren Sanchez, has been going on long before Jeff Bezos and his wife MacKenzie decided to divorce. 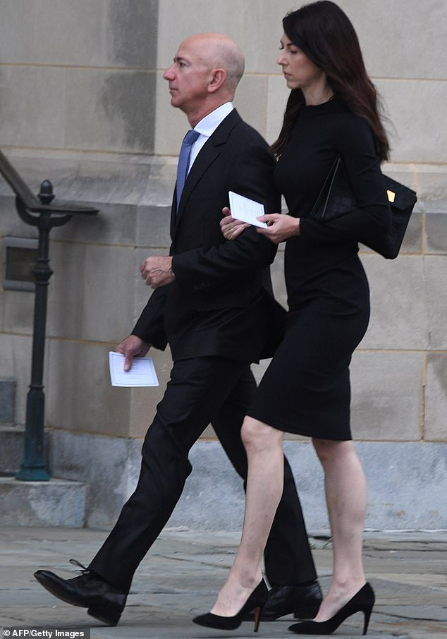 Jeff, 54, and Lauren’s relationship involved private jet rendezvous, intimate dinners and sleepovers at each other’s marital homes, it has been claimed. They also stayed in hotels together, including one in Boston hours after the rest of the Bezos family had left the hotel.

It was claimed the family was in town to attend Bezos’ son’s graduation from MIT. While they were at the ceremony, Sanchez, it is claimed, was put in a room in the same hotel where they were occupying a private suite. Once the family left, Bezos is reported to have stayed and loved-in with Sanchez until the following day.

The National Enquirer magazine followed the love birds for four months after snapping Lauren Sanchez and her sister getting off Bezos’ private jet in October. The Enquirer claims that Bezos only announced his divorce on Wednesday morning because he knew they were about to expose his affair with Sanchez.

The magazine also alleges that Jeff Bezos desperately tried to stop them from running its series of photographs which document their affair, and he even asked one friend: ‘Can’t I buy the story from them?’ 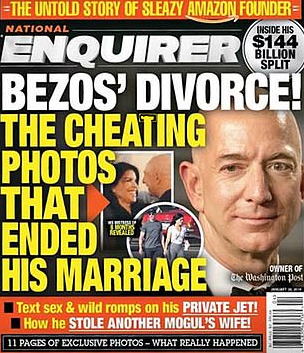 MacKenzie, Jeff Bezos’ wife of 25 years, uncovered the affair between her husband and Lauren Sanchez when she looked at her husband’s plane’s flight manifest and found Sanchez’s name was the only one on the passenger list.

According to the Enquirer’s sources, Bezos is ‘in love’ with Sanchez and has told her:

We don’t have to worry about the parachute opening because we are jumping together.

We are sharing the parachute and it will land safely. We have chosen each other.

It was also revealed that asides meeting in each other’s homes, Bezos once booked a private bungalow at the Beverly Hills Hotel for them to spend the night in just five blocks from his marital mansion.

It has also emerged that the pair exchanged steamy text messages, dating back to April last year. Bezos sent raunchy text messages to Sanchez, who is married to Hollywood mega agent Patrick Whitesell and has three children (two with him and one from a previous relationship with an NFL star).

In one, he reportedly told the 49-year-old:

I love you, alive girl.  I will show you with my body, and my lips and my eyes, very soon.

In another, National Enquirer claims he said:

I want to smell you, I want to breathe you in. I want to hold you tight.… I want to kiss your lips…. I love you. I am in love with you. 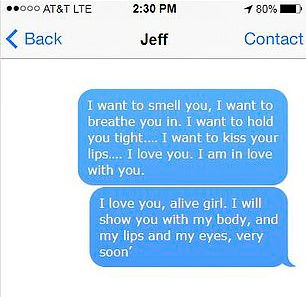 Others are more X-rated including one where he is said to have told the former TV host:

I miss you. I want to kiss you right now and tuck you in slowly and gently.

And maybe in the morning wake you up and not be quite so gentle with you.

In another, he allegedly said:

Your energy and ideas and competence and SPIRIT turn me on. You make me better. You’re meant for me.

Another is said to have read:

I am so full of love for you. My heart is growing just so it can have room for you.

It’s bigger than it’s ever been and still swelling.

Other remarks he reportedly made to her include:

I want to hold you tight.… I want to kiss your lips…. I love you. I am in love with you.

In addition to shirtless photographs he took standing in front of mirrors, including one in a steamy room where the magazine claims he was wearing just a towel, he also sent Sanchez an ‘unsparing’ photograph of his genitals which it said was too graphic to publish.

It was previously reported that Jeff Bezos and Lauren Sanchez didn’t start dating until they were both separated from their spouses. But National Enquirer says they had been dating since June, months before Lauren separated from her husband, Hollywood mega-agent Patrick Whitesell, and nine months before Bezos announced his split from his wife, MacKenzie, on Twitter. 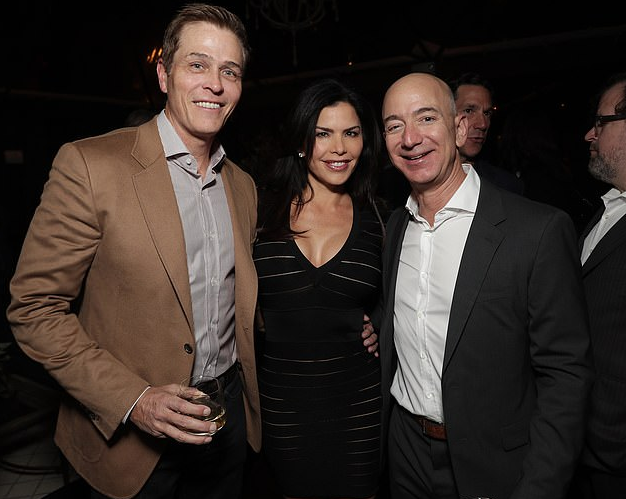 Over the last several years, Jeff and MacKenzie Bezos and Patrick Whitesell and Lauren Sanchez have been photographed together at glitzy events including the Vanity Fair Oscars party.

Bezos reportedly propositioned Sanchez behind her husband’s back while they honored the Oscar-winning film Manchester By The Sea.

He whispered to her: ‘You can’t fight chemistry’.

Amid the relationship saga, it has emerged that Sanchez was voted ‘Biggest Flirt’ by her classmates at Del Norte High School (Sanchez in left in 1987). 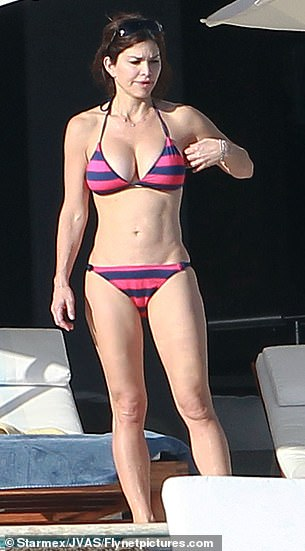