DJ Khaled has decided to honour slain rapper Nipsey Hussle by donating all the proceeds from their collaboration to Nipsey’s kids.

Khaled is releasing his highly anticipated 11th studio album “Father of Asahd”.  Before Nipsey’s untimely death, he and Khaled were in the studio to record their collaborative track “Higher”.

On Wednesday, Khaled took to Instagram to share his thoughts about the track and revealed that 100% of the proceeds from the song would go to Nipsey’s two kids Kross Asghedom and Emani Asghedom. 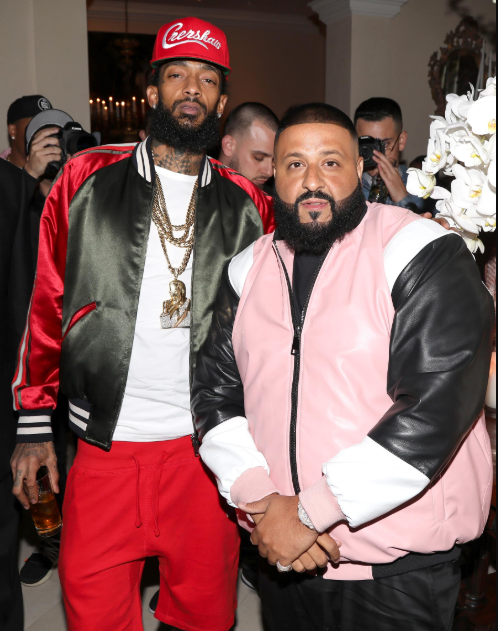 Recently, I embarked on a soul-searching journey down a road I never thought I would travel in a million years. It began when a tragedy robbed the world of an enlightened soul, a brother, a father, a partner and my friend, Nipsey Hussle.

Just days prior, he shared his energy and positivity with me on a video set for a song called “Higher.” After much prayer and reflection; and with the full blessing of the Asghedom family, I am sharing that moment with the world.

The very title of the son reminds us that vibrating on a “Higher” level was the essence of Nipsey’s soul. It is in his spirit, of moving forward, of persevering his mission that I, my co-writer, producers and label  partnera are donating 100% of all our proceeds from “Higher” to Nipsey’s children, Emani and Kross.

John Legend also commented on the track weeks ago and revealed he was in the studio with them before Nipsey’s death.

He wrote: “RIP Nipsey. I just spent Thursday with him filming a video for a beautiful new song we created with Khaled. We filmed in Inglewood, close to where he grew up. He was so gifted, so proud of his home, so invested in his community. Utterly stunned that he’s gone so soon.”

“Higher” will be released this Friday alongside other tracks on DJ Khaled’s album.