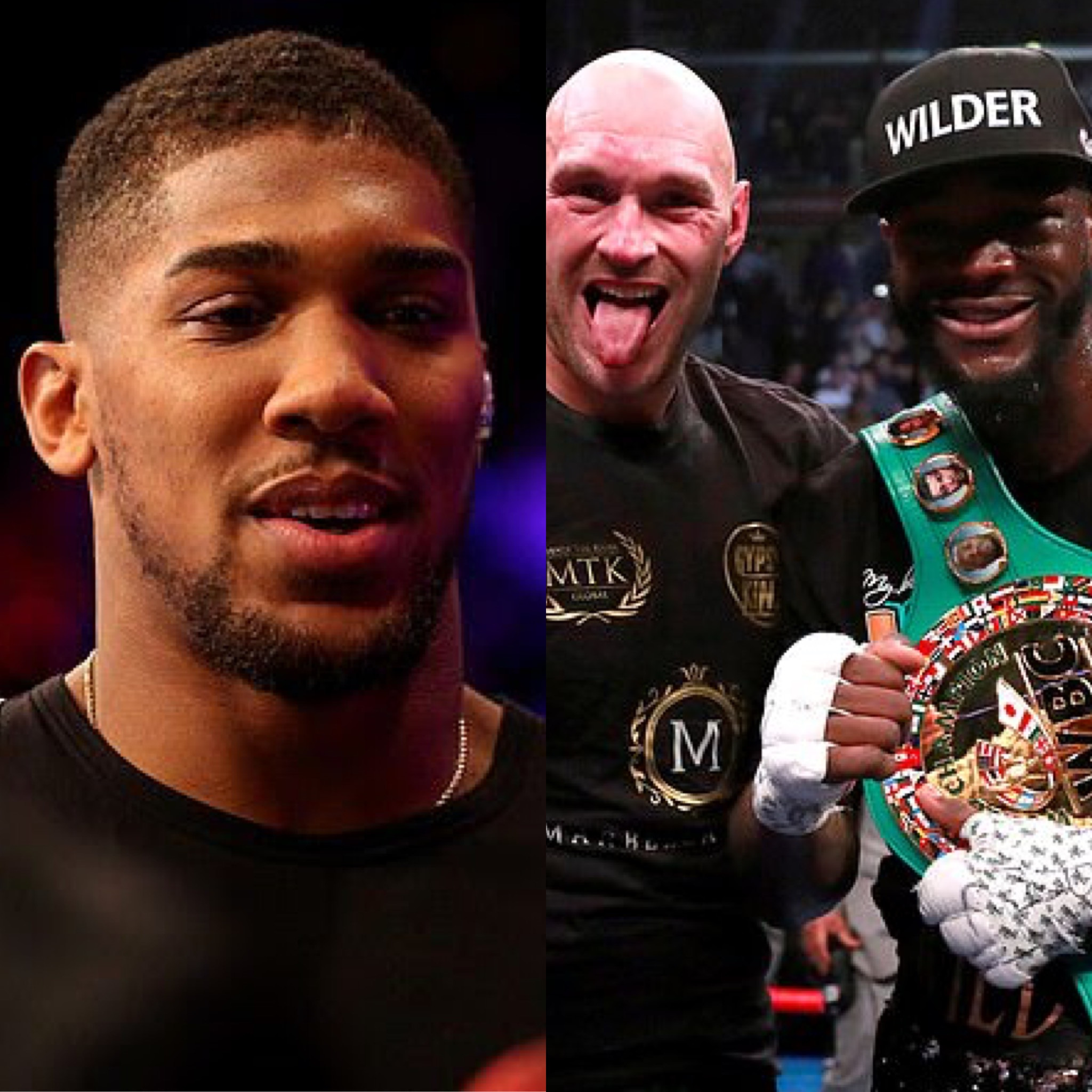 Eddie Hearn, the manager and publicist of WBA, WBO, IBF Heavyweight Champion, Anthony Joshua, has come out publicly to plead for either of Deontay Wilder, Tyson Fury or Dillian Whyte to fight the British boxer ahead of a 10 day deadline given by the World Boxing Federation to defend his heavyweight belts.

Deontay Wilder, who owns the WBC title, in December fought British Boxing star, Tyson Fury, and narrowly escaped defeat, with the judges giving a draw. Wilder prefers to fight Tyson Fury in a rematch this year, in what should be a mouth watering contest this year, rather than Anthony Joshua, with the consensus being that Joshua has been avoiding him the last two years and only wants a fight now that the Fury vs Wilder match has generated a lot of media frenzy. 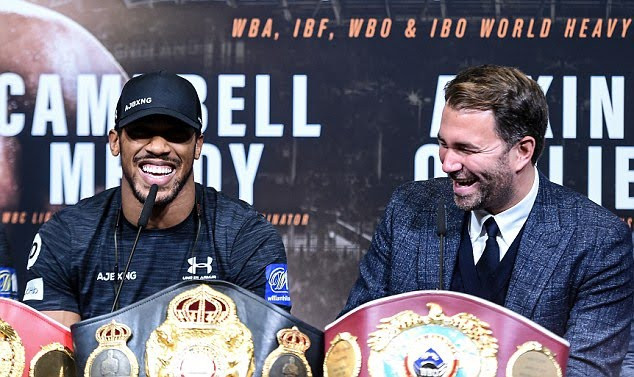 Fury meanwhile is also not interested in a fight with Joshua, believing that Joshua has been dodging him the last 3 years while Dillian Whyte says the offer made by Joshua’s camp to him was insulting and wasn’t worth the effort.

Hearn, Anthony Joshua’s manager believes money shouldn’t only be the deciding factor against Joshua, saying the opportunity to win all Joshua’s belts should be enough motivation, and has urged any of the three fighters to step to the table and fight Joshua rather than talking in the media .

Writing in his Daily Mail Sports column, Hearn said :
I have had a lot of people asking for an update on Anthony Joshua and as ever a lot of work has been going on behind the scenes. It’s important at this point for everyone to realise there is a big difference between fighters wanting to face Anthony Joshua and fighters simply saying they want to. 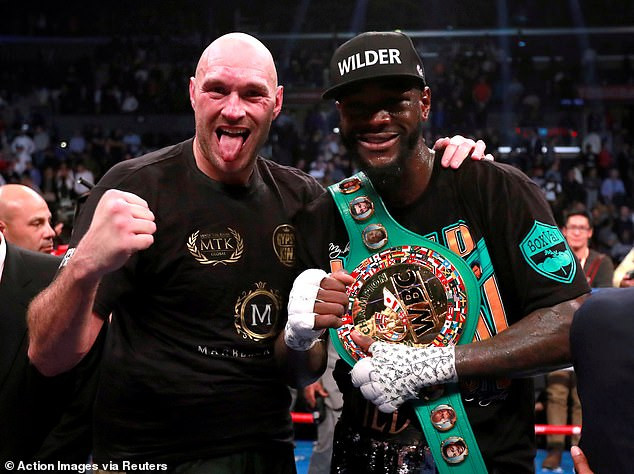 ”Deontay Wilder, Tyson Fury and Dillian Whyte all have the opportunity to get in the ring at Wembley in April and fight for Joshua’s four world titles… If you think you can beat him, our message is simple: come and get it. Who really wants it? This is your chance.

To repeat myself, if it was down to AJ, he would want Wilder. He wants to be undisputed champion, we all know that by now.

”But the difficulty and frustration is that I have now gone five or six unanswered emails from their end across three weeks or so. Is Wilder bluffing the public when he says he wants this fight? ” 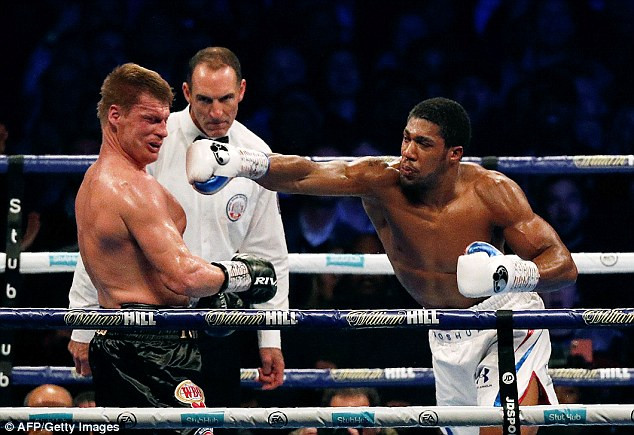 ”If he truly wants it, it’s there and he knows it is there because we have told them. If he doesn’t want it, he can have his rematch with Tyson Fury or take on Dominic Breazeale and good luck to him. But if he has ambitions to be undisputed champion, as Joshua does, then the opportunity is there now.”

”The Tyson Fury fight is obviously one Joshua would love. I have spoken to Fury and it is a fight we would want. He knows that. Fury has proved everyone wrong and deserves enormous respect. It would be a huge fight and occasion and we could make it for April.

”Likewise Whyte knows he has the opportunity. Joshua wants to fight him – he always does. I think Whyte got under his skin a bit after the Dereck Chisora fight and it’s not as though they needed any more needle between them.

”A lot of people have said Whyte is favourite to get the fight but at this point it is hard to say. Offers have gone in and he has spoken a bit about what he thinks of the offer. We have not made an official offer to Jarrell Miller but he is also an option.

”When the time comes to take AJ to the US and build his presence over there, fighting a New Yorker at Madison Square Garden would work for us.

”All I can say is that when people, and I’m talking about all fighters here, say they are getting low-ball offers or whatever, you have to remember you are also being offered the opportunity to fight for the world titles. ” 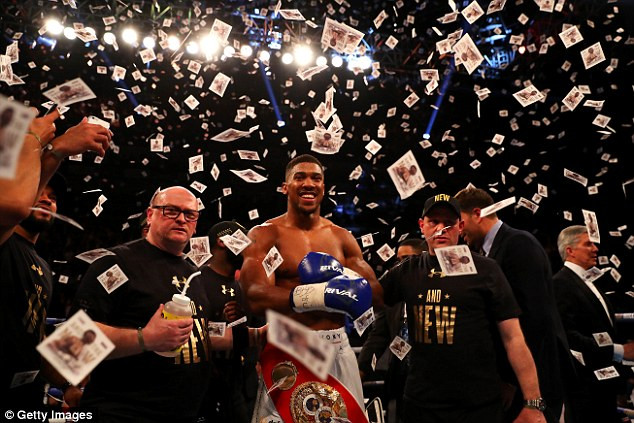 ”It is not just the money. And on that – it is not like they are being offered bad money. But on top of the money they have the shot at beating Anthony Joshua.

Joshua fought for relative peanuts when he took on Charles Martin for the world title. It was about the opportunity and we put value on that opportunity. I am not saying we are offering peanuts, because we’re not.

But we are offering the opportunity for a fighter to become one of the biggest stars in world sport. If you think you are up to it, if you think you can take out Anthony Joshua, then come and try.”