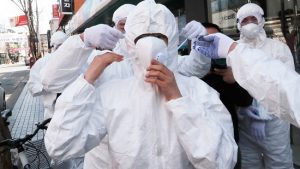 China has reported 21 new coronavirus cases for June 27 as a new phase of the outbreak continues in Beijing.

All 17 of the locally transmitted new cases were reported in the capital.

According to the latest figures from the national health authorities, four imported cases were also reported in Guangdong, Gansu, and Shanghai.

It’s been reported that the new cases in Beijing go against predictions by the National Health Commission expert Wu Hao.

Also, a total of 299 new COVID-19 cases have been confirmed in Beijing since a local cluster was traced back to the sprawling Xinfadi wholesale market in the city’s south-western Fengtai district on June 11.