Semenya crossed the line in a time of 1:54:99 to win the race which was her 30th in a row at the distance. This is also her final race before she must begin taking medication that suppresses her testosterone output to continue competing at the sport’s highest levels.

The competition comes two days after Court of Arbitration for Sport ruled that the IAAF, track and field’s governing body must order female athletes such as Semenya who have an intersex condition to take testosterone suppressants like the contraceptive pill to stay under the permitted level to continue competing as a woman in any running event between the 400m and the mile. 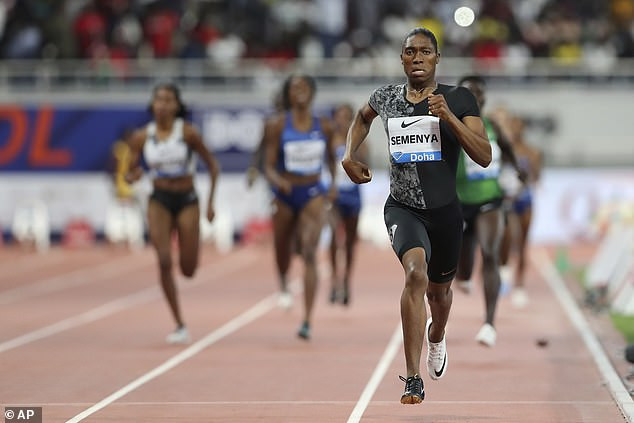 “When you are a great champion, you always deliver.

She added: “How am I going to retire when I’m 28? I still feel young, energetic. I still have 10 years or more in athletics.

“It doesn’t matter how I’m going to do it, what matters is I’ll still be here. I am never going anywhere.”