A Nigerian soldier who was due to get married this Friday February 1st, has died in a recent attack by Boko Haram members. According to his friends who are mourning on social media, Isa who killed in the recent Boko Haram attack in Buni Yadi, Yobe state.

Himself and his bride-to-be recently had their pre-wedding photos released and were anticipating their big day. Sadly, that would never happen as his life was cut short while prosecuting the war against the sect members.

May his soul rest in peace, Amen. 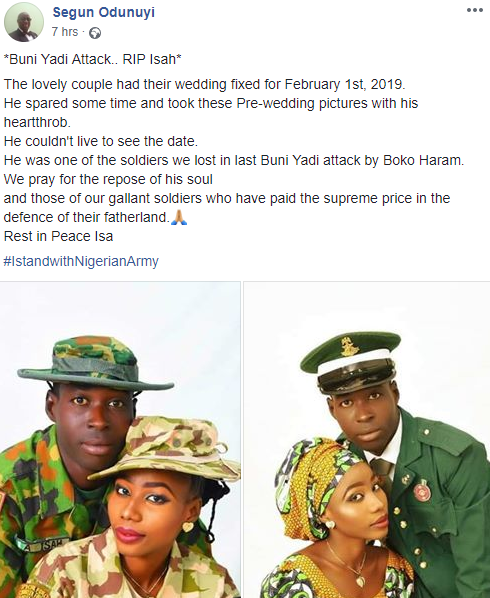