Nigerians on Twitter are currently reacting to the diss song Blackface, a member of the defunct Platainshun Boiz group, released yesterday which is targeted at his former band member, 2face Idibia.

Blackface rode on his long-standing beef with 2face Idibia, calling him out over claims of hypocrisy and theft.

See some lyrics of the song below….

“I taught you how to rhyme, taught you how to flow / Now you say you’re a star, now you making dow, why you steal my song, you no let me know / Na you and your manager wey dey block my show from every carnival / Your mama say you’re innocent but I know say you be cannibal”, he sang.

He also went on to allege that 2Baba engaged in same-sex intercourse as a sacrifice for his success.

“Make I expose you for who you are, 201 know your story omo where I go start / 2Face since when dem start to yansh you for back, that’s why you no fit stand straight, that’s what made you star”.

Now, Nigerians are slamming him on social media for releasing the diss track. Read their tweets below… 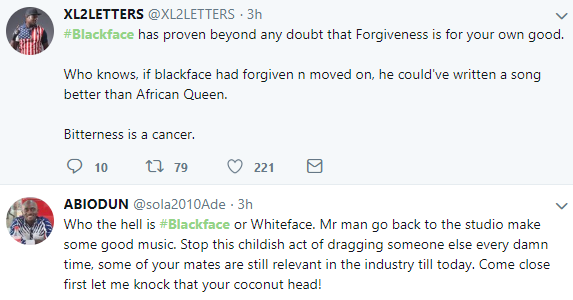 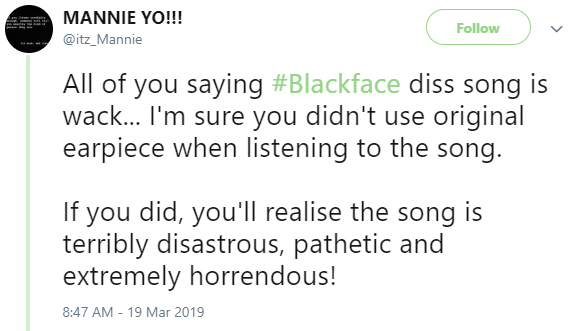 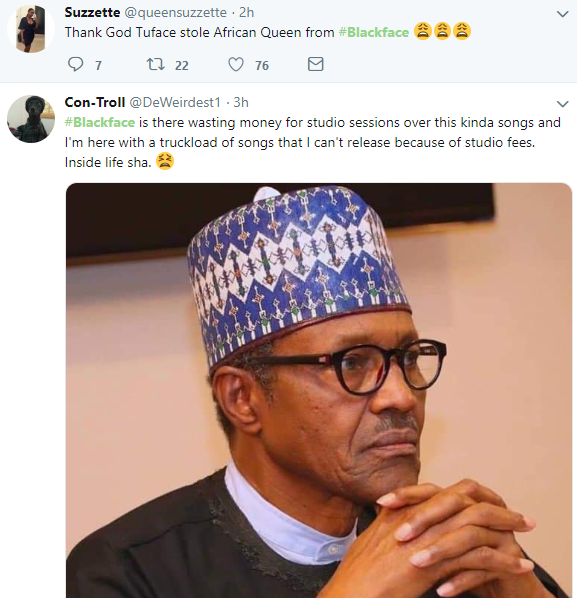 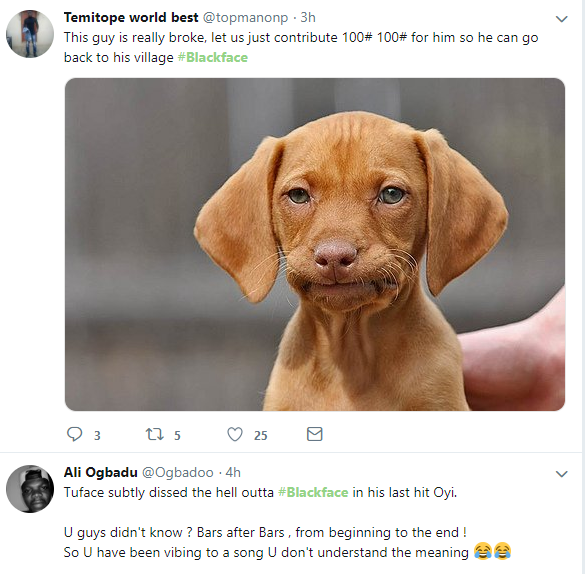 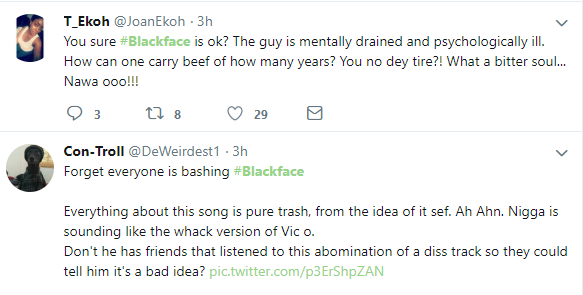 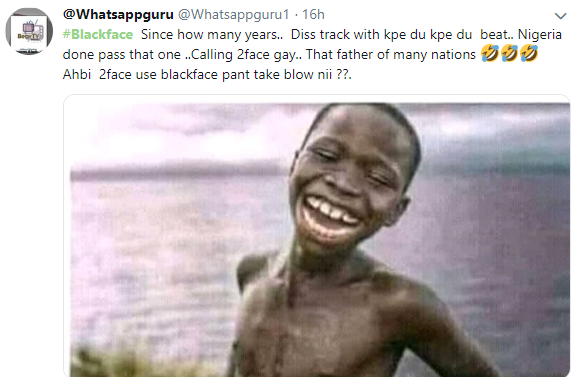 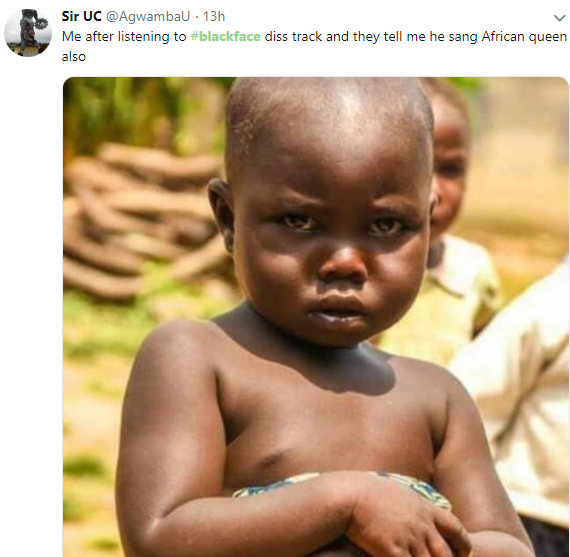 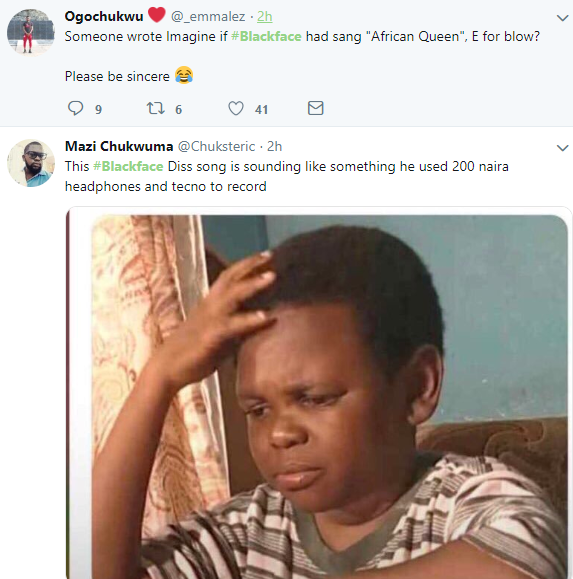 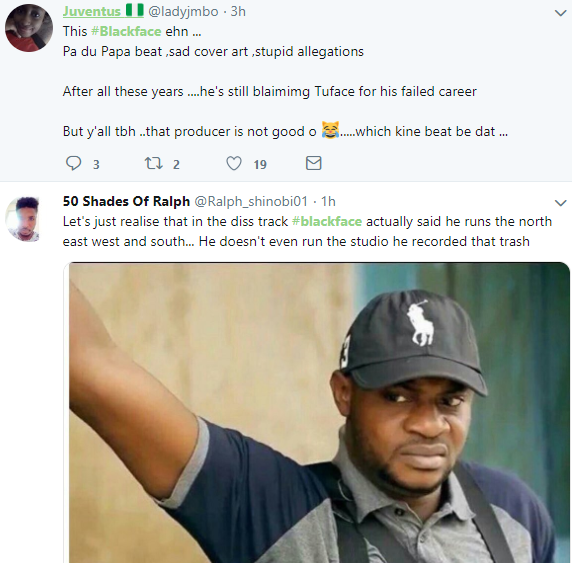