A suspected armed robber was caught in the early hours of Friday and burnt to death in Lugbe Zone 9 in Abuja Municipal Area Council (AMAC).

It was gathered that the robbers, numbering about nine, besieged the community around 1:00 am and robbed till 3:00 am. 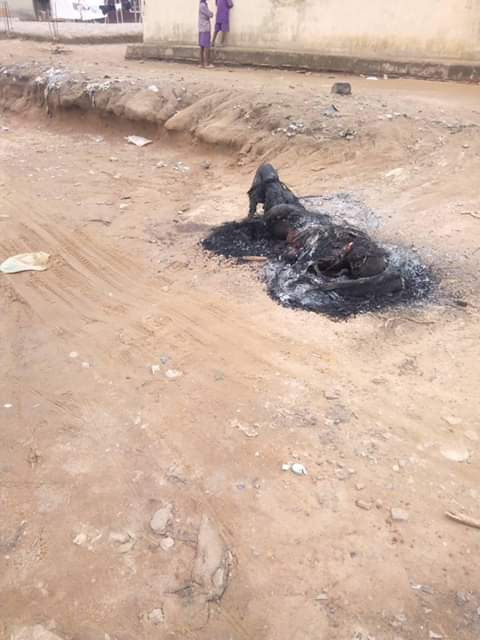 It was further learnt that nemesis later caught up with the gang leader who was said to have instructed his accomplices to flee.

According to one of the witnesses, who did not want his name in print, after their robbery operation, one of them robbers attacked with a machete, a  man who was struggling with their gang leader. During that period, he had instructed his boys to flee believing that he would escape.

“One of the victim’s sons then hit him (robber) on the head with a stone, that was how he was caught. They broke his leg and set him ablaze immediately.” He explained.

A community leader said that the community had contacted the Police to come and evacuate the corpse.