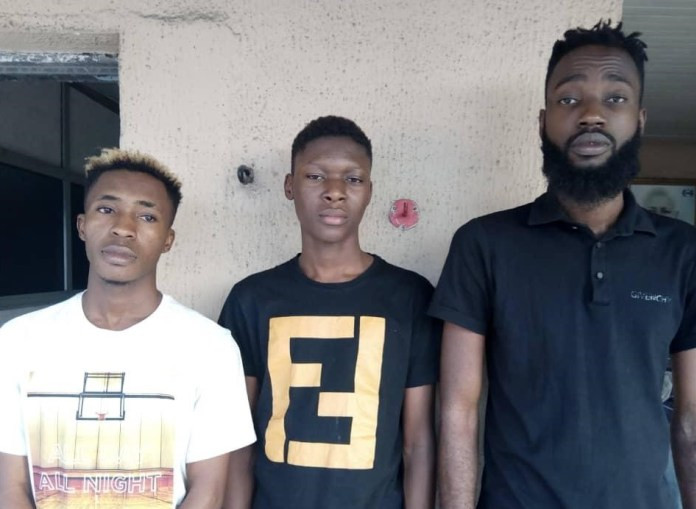 Preliminary investigations showed that Chukwuebuka and Chukwulenwa were into romance and dating scams and had successfully defrauded three Americans in the process. According to EFCC, Odinaka, on his part, engaged in “laundering of fraudulently obtained gift cards”, specifically iTunes and Amazon cards. The suspects are operating in a syndicate.

Other members of the syndicate are being tracked and funds fraudulently realized from the scam are also being tracked.

The suspects would soon be charged to court.