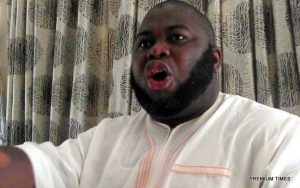 Asari Dokubo, former Niger Delta militant leader, has reacted to the alleged fraud and misappropriation of over N81 billion in the Niger Delta Development Commission, NDDC.

Dokubo, who was a former leader of the Niger Delta Peoples Volunteer Force, said the alleged misappropriation of N81 billion by the NDDC Interim Management Committee (IMC) was nothing to worry about.

The former Niger Delta warlord described the money said to have been misappropriated as a mere pickpocketing when compared to what is being stolen by other regions of the country.

He made the remark in reaction to the National Assembly’s probe of NDDC IMC over the alleged misappropriation of funds.

In a video, Dokubo said people of the Niger Delta should remind Nigerians of allegations of fraud against Ibrahim Magu, suspended Chairman of the Economic and Financial Crimes Commission, EFCC, and Abubakar Malami, Attorney General of the Federation.

He claimed that Magu and Malami have mismanaged more funds than that of NDDC.

Recall that the former Managing Director of NDDC, Joy Nunieh had accused Akpabio of fraudulent activities regarding the handling of the Commission’s affairs.

The Minister, however, denied the allegations leveled against him.

In his defence, Akpabio accused some lawmakers of benefitting more from NDDC contracts.

He further went on to provide the lists of lawmakers who have benefitted from NDDC contracts.

However, Dokubo said: “We are talking about N81 billion being pick-pocketed from Niger Delta while the bulk of our money, our resources is being carted away and we are not talking.