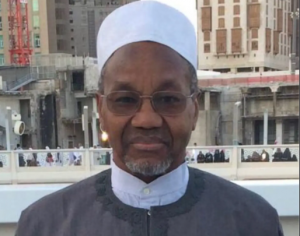 Socio-political organisations in the central and southern parts of the country on Wednesday took a swipe at Mamman Daura, a nephew of President  Muhammadu  Buhari over his comment on the zoning of the presidency in 2023.

The organisations, including the Middle Belt Forum,  Ohanaeze Ndigbo, Afenifere and the South-South Elders’ Forum, in separate interviews with WE4WE REPORTS, said Daura’s uncle, Buhari, benefitted from zoning in 2015.

They also said if Buhari were to be assessed based on Daura’s call for competence, the President was  incompetent given the way he had been handling affairs of the country.

But the pan-northern socio-political organisation, the Arewa Consultative Forum, said zoning was alien to the constitution of the country.

Daura had,  in an interview with the Hausa Service of the BBC, which was monitored in Abuja on Tuesday, said the country rotated the presidency thrice.

He stated, “This turn-by-turn, it was done once, it was done twice, and it was done thrice… It is better for this country to be one…it should be for the most competent and not for someone who comes from somewhere.”

But the President General of Ohanaeze Ndigbo, Chief Nnia Nwodo, who spoke through his Special Adviser on Media and Publicity, Chief Emeka Attamah, said Daura’s statement was self-serving.

According to him,  former President Goodluck Jonathan was pushed out of office in 2015 because the North believed it was their turn.

Attamah stated, “Having benefited enormously, he now wants zoning  jettisoned because it is the turn of the south.

“Obviously,  no, because occurrences in the country since he became President and Commander-in-Chief have proved him to be incompetent.

“Now that it is the turn of the South, precisely the South-East, he is mouthing the most qualified and competent. Equity is a constant flagship for peace and good governance. Without it, there will be continued agitation and crisis.”

Calling for fairness, he asked, “By the way, who determines the most qualified or competent candidate?”

On its part,  the pan-Yoruba socio-political group, Afenifere, said Daura should have made the call for the abandonment of zoning in 2015 when Buhari became President.

The National Publicity Secretary of the group, Yinka Odumakin, in an interview with WE4WE REPORTS, said, “He (Daura) should have developed the competency idea before 2015,  if he meant well. What he is doing now is what is called knowing how to keep the meat in the mouth and not seeing it again.

“Any idea of doing away with zoning without going back to federalism  will not work. We know that they were referring to the Jonathan administration as incompetent, but this administration is the most incompetent this country has ever seen. Competence is having the necessary ability and knowledge.”

On his part, the National Coordinator of the South-South Elders Forum, Chief Anabs Sara-Igbe said Daura could not decide for Nigeria how or where the Presidency should go

He said,  “Buhari became President because of the North and South zoning. So if Buhari is incompetent, Mamman Daura should tell Nigerians that his uncle is incompetent.”

Asked what his opinion of competence is, Sara-Igbe said, “For us in the South, we have produced the best. When a South-South President was there, (making a reference to Dr Goodluck Jonathan) Nigeria’s economy was number one and we saw relative peace in the nation.”

The National President of the Middle Belt Forum, Dr Birtus Porgu, who spoke to one of our correspondents in Jos, said Daura’s statement had exposed the plot of the northerners to retain the Presidency in the North.

Porgu said Buhari who appointed  people mostly from his ethnic  and religious groups could not be said to be competent.

He stated, “It (Mamman Daura’s statement)  is a pre-emptive statement as far as I am concerned. By their definition of competence, what are they trying to say? Is it that Buhari is competent?

“I disagree with him. That statement only exposes what they are trying to do. That is to say, ‘Let the Presidency remain in the North after 2023. There are competent people in every section of the country. So to use that (Daura’s statement) as an argument  to keep the Presidency in the North beyond 2023 is erroneous, deceitful and unacceptable.”

Also,  the President of the  Middle Belt Youth Council of the Emma Zopmal, in an interview with one of our correspondents, said,  “Mamman Daura is not comfortable with any southerner as President in 2023. His inconvenience is not the ultimate definition of what or who will be the next President of Nigeria.

“Buhari benefitted from zoning. Nigeria is not a conquered territory by his kinsmen.

Zopmal said there were competent people in all parts of the country. “The northern reckless power brokers are desperate about presidency to cover what they cannot achieve in eight years,” he added.

The Executive Director of the Centre for Public Accountability, Olufemi Lawson, said Daura’s statement was  “the mindset of the present occupiers of the seat of power in the country.”

Zoning not in the constitution, it’s parties’ affair – ACF

But the ACF’s National Publicity Secretary, Emmanuel Yawe, in an interview with WE4WE REPORTS, disagreed with other  groups.

Yawe said the  forum was not in the position to dictate to political parties on the matter because its members  cut across to all parties.

He said, “Our stand is that zoning or rotation is the prerogative of the various political parties.

“It is not provided for in the 1999  Constitution, so it is left for the parties to pick their presidential candidates from where they deem fit.

“The APC draws membership from all the political parties. Our members come from different political orientations, backgrounds and parties.

“It is not our mandate to dictate to them how they run their internal affairs  like choosing party candidates for whatever office. We will overstretch ourselves if we try that.”