Almost 220 victims of human trafficking have been rescued by police in Benin and Nigeria in an operation coordinated by INTERPOL, the organization said on Wednesday.

A number of victims were also rescued from premises where they were forced into prostitution.

Evidence in the region shows that victims of trafficking are recruited and trafficked using deception and coercion, and held in bondage in various labour intensive activities.

Many of the 157 rescued minors were moved around as ‘merchandise’ themselves across the border, and made to work in markets all day, peddling goods, fetching water, cooking, carrying heavy loads, or working as housemaids. Some were the victims of sexual exploitation. 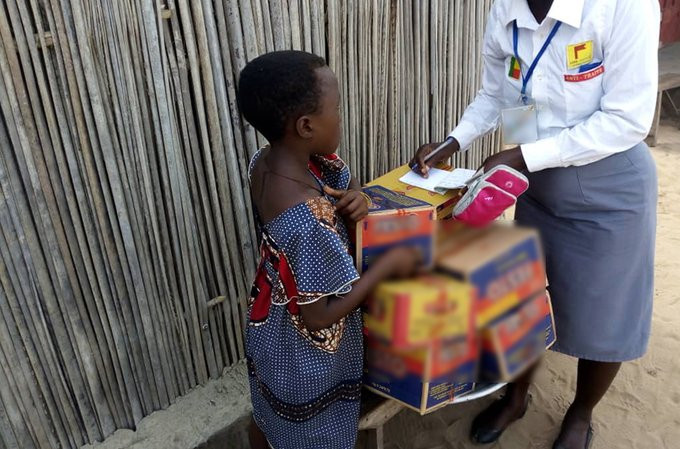 The children were aged between 11 and 16, with the youngest rescued at the land border between Benin and Nigeria.

There, police found a boy who had been forced to carry clandestinely between the two countries heavy goods such as bags of rice weighing up to 40 kg.

All the victims originated from Benin, Burkina Faso, Niger, Nigeria and Togo.

“This operation underlines the need for cross-border collaboration between law enforcement and all stakeholders to ensure that together we can enhance our prevention, protection and prosecution efforts,” added the INTERPOL Chief.
Safeguarding the victims

Most of the minors endured beatings and psychological abuse, including death threats and warnings they would never see their parents again.

To ensure they received the necessary care following their rescue, social services and NGOs undertook post-operation interviews and provided support services to the victims.

In Benin, the minors were transferred to shelters, returned to their parents or taken into care by national social affairs authorities and NGOs.

Hounde Seidou, the Police Divisional Commissioner of Benin’s Central Bureau for the Protection of Minors and Families and the Prevention of Human Trafficking (OCPM) said:

“Nobody belongs in the markets or on the streets as slave labourers. As law enforcement officers it is our duty to combat human trafficking, especially when children are involved.”

In Nigeria, the minors were taken in charge by NAPTIP, the National Agency for the Prohibition of Trafficking in Persons which works with NGOs.

Do Asogwa, Comptroller of Nigeria’s Immigration Service in the Seme border region said:

“We have to cooperate with one another to combat the crime networks behind the trafficking and smuggling of human beings. These crimes can only be tackled collectively and through interagency cooperation.”

Building sustainable law enforcement capacity to investigate and handle cases of human trafficking and migrant smuggling is at the heart of INTERPOL’s strategy on vulnerable communities.

To this end, Operation Epervier II was preceded in Benin and Nigeria by specialized INTERPOL training exercises to help officers enhance their investigative techniques as well as victim and offender interview skills.

INTERPOL’s secure communications system I-24/7 was also deployed to operational hotspots, providing police with real-time access to criminal global databases containing millions of records, including on stolen and lost travel documents and biometrics.

With the G7 Interior Ministers meeting in Paris earlier this month calling for increased cooperation with INTERPOL against crimes such as human trafficking, the operation was undertaken under the framework of the INTERPOL Global Task Force on Human Trafficking.

It was funded by the INTERPOL Foundation for a Safer World.