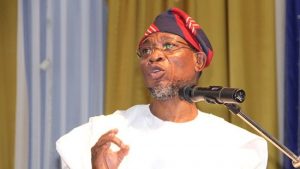 The Federal Government has declared Monday and Tuesday 26 as public holidays to mark this year’s Eid-el-Fitri.

The Minister of Interior, Ogbeni Rauf Aregbesola, who made the declaration on behalf of the Federal Government, congratulated the Muslim faithful for the successful completion of the Ramadan fast.

Aregbesola called on them to replicate the life of kindness, love, tolerance, peace and good neighbourliness as exemplified by the Holy Prophet Muhammad. He also expressed his concern about ethnic conflicts that had resurfaced in some parts of Northern Nigeria.

He advised Nigerians to see themselves as one and learn to tolerate one another despite their ethnic and religious differences.

Aregbesola assured Nigerians of the commitment of the regime of President Muhammadu Buhari against COVID-19 with the cooperation of all Nigerians.

The minister commended security agencies for the successes recorded in the fight against the Boko Haram insurgency in the North East.