Former lawmaker representing Kogi West at the Senate, Senator Dino Melaye, has revealed the face of an alleged thug leader who reportedly attacked him at the venue of the Kogi State governorship tribunal in Abuja.

WE4WE REPORTS recalls that the lawmaker on Wednesday raised an alarm that he alongside some members of the Peoples Democratic Party were attacked by thugs sent by the All Progressives Congress, APC, Chairman in the State.

The attack allegedly occurred at the premises of Magistrate Court Wuse zone 2 Abuja.

Giving an update on the attack on Thursday, Dino took to his Twitter page to share pictures of the leader of thugs who attacked him.

Alongside the picture, the former Kogi lawmakers wrote: “ The face of the chief thug who mobilized thugs and invaded the premises of the court yesterday while the court was sitting.” 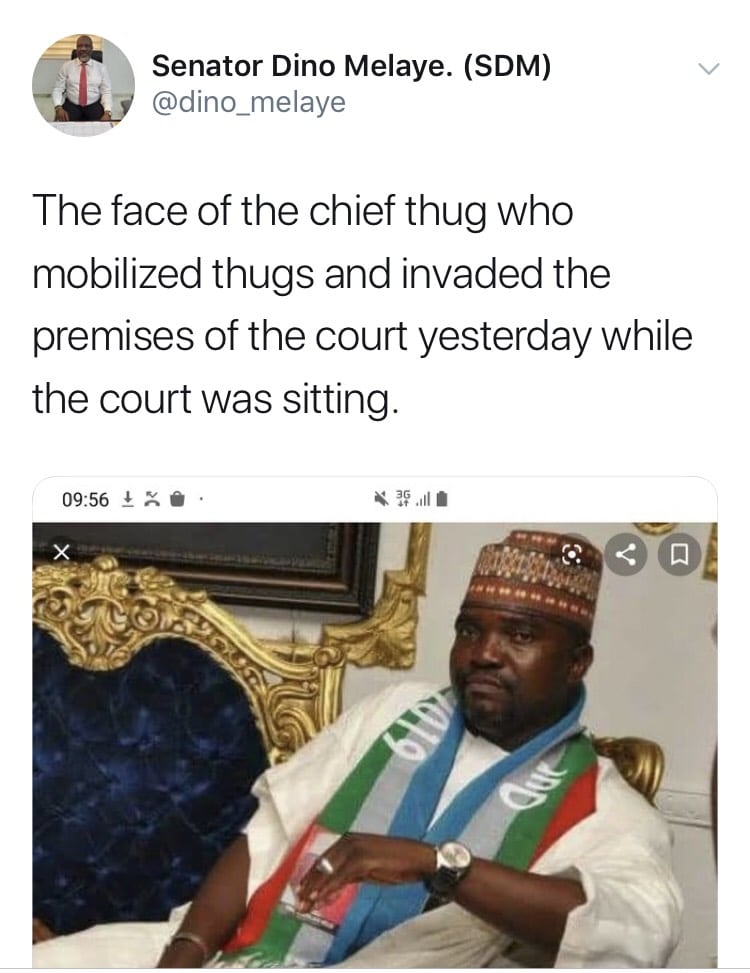